Ishq e Laa Ep-26 Review: Azka and Azlaan’s marriage is not more than a paper contract! 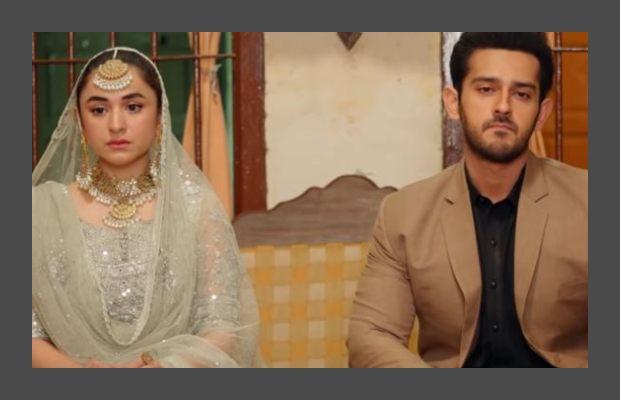 Ishq e Laa the drama serial airing at HUM TV is 26 episodes down but still there is no sign of any conclusion of the play. It seems like something is missing in this drama, though the narrative is unique and story telling is not bad. Performances are good but still characters are not likeable. In the previous episode we have seen that Azlaan needs to marry Azka so that she can help his mother by donating her kidney. In this episode it is shown that Azlaan half heartily marries Azka reminding her that their marriage is not going to be more than a paper contract.

Well the sequences of events have been shown quite abruptly. In the previous episode we have seen that Azlaan is kind of pushing Azka and ends up requesting her to marry him so that they can proceed with that kidney transplant procedure as Azlaan’s mother’s condition is quite critical. This episode begins with a scene where Azlaan’s mother goes to Azka’s place to ask for her hand.

To our surprise Azka agrees to marry Azlaan when in the previous episode she has clearly refused Azlaan that she cannot do him this favor. Her sudden agreement on the proposal has surprised us too along with her family who do not know why Azka has agreed to marry that arrogant Azlaan and why she wants to make her life a hell? Azka does not utter the main reason of marrying Azlaan because she thinks that she will ruin her good deed by telling about it. Does it makes sense?

Azlaan is the most hateable character the way he was initially requesting her then when he hears about her agreeing on his proposal. Azlaan literally insults her by telling her that she has to sign a marriage contract as he doed not consider her trustworthy and who knows she might start claiming him her rights on him. Azka signs the contract paper without even reading the clauses.

Well Azka is doing all this just for the love of humanity and for the love of God. However by doing so doesn’t she disgracing the sanctity of marriage? Azlaan is evil but she is not. Azlaan is taking advantage of all the goodness Shanaya has done to Azka. According to the contract their marriage will only exist only in form of a paper contract and Azlaan makes sure that Azka won’t let his mother know about their empty relationship. Azlaan is even misbehaving with her in his room at the wedding night humiliating her by saying that she means nothing to him. On the other hand Azlaan’s mother is giving her hopes. Zain’s parents have agreed but he has not been able to reach Azka and she has been married to that ungrateful and proud Azlaan who surely does not deserve her.

tweet
Share on FacebookShare on TwitterShare on PinterestShare on Reddit
Rameeza NasimApril 23, 2022
the authorRameeza Nasim
Rameeza Nasim, a Paralian, passionate about poetry, drama and fiction. By giving drama critiques I feel like I am endorsing the writer's message to the audiences, I love my job. Being a critic responsibility lies on my shoulders to point out the flaws and shortcomings of the play be it on writer's , performers or director's end . I did my Masters in English Literature and Linguistics .
All posts byRameeza Nasim