Ishq e Laa Episode-8 Review: Honeymoon is over for Shanaya and Azlaan 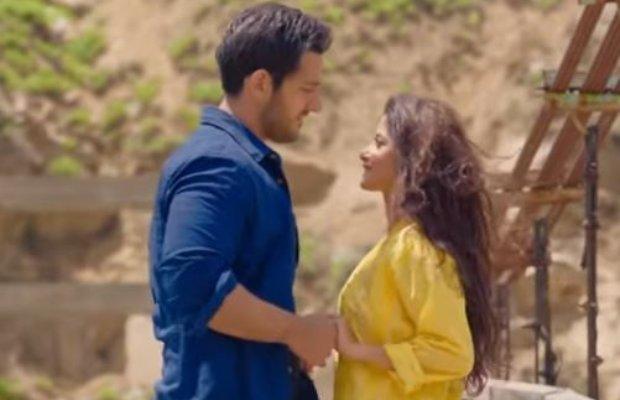 Ishq e Laa the Hum Tv drama serial is a play with deeper meaning and subtle nuances. The play is packed with some powerful performances by the ensemble cast. Sajal and Yumna both are nailing their characters with their incredible performances. In the previous episode, a miracle has saved Azka from marrying that loafer, Abid. In this episode, Azka gets the fifth position and her brother wants to fulfill her dream of becoming a doctor.

The episode begins with the dreamy honeymoon scenes of Shanaya and Azlaan at the most scenic valley of Naran. They are having ideal chemistry and enjoying their time but it seems that differences start to emerge soon after their honeymoon. Although these are the trivial matters on which Azlaan and Shanaya argue but these trivial matters often lead to bigger issues so the honeymoon period is over for Azlaan and Shanaya.

Azka fears that her brother should not know about Abid threatening them but Kanwal makes sure that Sultan knows everything. She tells her husband that Abid has invaded their house and he has threatened them. Sultan in a furious range goes to Abid’s place snubs him and gives him a solid shut-up call telling him that he is not marrying her sister to him.

Well, the nature of Shanaya’s work seems to become a disturbing factor for Azlaan. He winds up his work earlier and texts Shanaya to come earlier home as well but Shanaya got stuck into her work. She has an interview with a politician Raza Haroon who shows up too late. Azlaan is seriously upset about this trivial thing and they both create an issue on it instead of trying to solve the matter. Shanaya is also upset about Azlaan’s behavior. Well, this whole argument seems too trivial to become a base for a difference but it has upset the couple.

Azka’s result has been announced and she gets the fifth position. Sultan and his family are super happy they are distributing sweets. Shanaya meets Sultan on the lane he invites her to her place. Shanaya meets Azka and she is also gets impressed by her intelligence. In-person she tells Sultan that she will take care of Azka’s fees. Sultan is resolute that he will fulfill her sister’s dream of becoming a doctor. Well, we have again shown a scene where Abid is harassing Azka in the lane, she is rescued by Kanwal who slaps hard on Abid’s face. We are fearing that Abid might take his revenge by harming Azka which we do not want to see.

tweet
Share on FacebookShare on TwitterShare on PinterestShare on Reddit
Rameeza NasimDecember 17, 2021
the authorRameeza Nasim
Rameeza Nasim, a Paralian, passionate about poetry, drama and fiction. By giving drama critiques I feel like I am endorsing the writer's message to the audiences, I love my job. Being a critic responsibility lies on my shoulders to point out the flaws and shortcomings of the play be it on writer's , performers or director's end . I did my Masters in English Literature and Linguistics .
All posts byRameeza Nasim