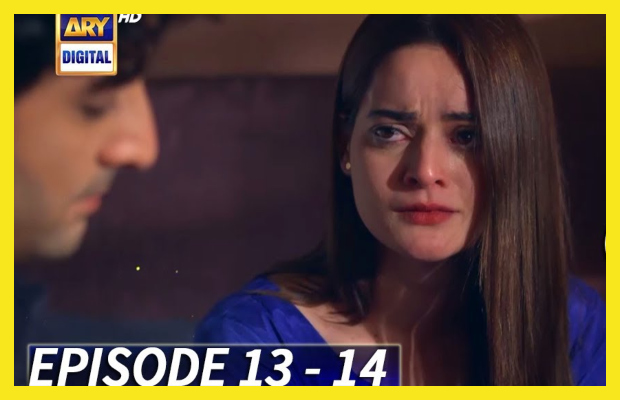 Ishq Hai the drama serial airing at ARY Digital is based on a toxic romantic relationship where the protagonist is trying his best to pay for the sin he had committed. In the previous episodes, we have seen that Isra’s hatred for Shazaib is not going away and in these latest episodes her hatred for Shazaib is consistent and she has all the good reasons for it.

Shahzaib’s brother and Sameera’s family’s hue and cry over Shahzaib marrying Isra are not making any sense. Why are they stretching this so far Shahzaib’s brother goes to his place and starts threatening Shahzaib for not letting them stay in peace if his marriage will get stuck. There are many repetitions in the story premises one of them is sibling rivalry. Shahzaib’s brother’s attitude towards his own brother is quite toxic.

Isra’s hatred towards Shahzaib is consistent and she is not ready to soften her heart for him. She makes sure she hurts Shazaib in the best possible way as he is the one who has ruined her life forever. Isra’s ex-fiance is still in hopes for her and despite knowing that she is still married he is hoping to get her divorced and marry her, another toxic obsessiveness.

It would not be wrong if we say that this play moves around toxic relationships, be it Shahzaib’s or his brother’s or Sameera’s or even Isra’s sister-in-law. We have never seen Azeekah in a negative role before. Her behavior towards her mother-in-law is simply awful. I guess the proportions of negative characters or characters portrayed in a negative light are quite high in this play. Isra’s mother with Sameera’s feeding has started plotting against Isra, their plan is to bring her home well Isra has ruined their plan by clearly refusing Shahzaib’s mother’s offer.

Isra has all the good reasons to be that rude with Shahzaib’s mother. It is she who first refused to accept her as her daughter in law and now all of sudden she is inviting her. Isra has not yet accepted her relationship with Shahzaib so how come she is going to accept her in-laws? Her mother and brother are still not ready to listen to anything from her nor once Shahzaib has ever tried to tell Isra’s family that he has actually abducted her and forcefully married her. This is like challenging the audience’s intelligence. Why he is not uttering the fact? does he still want to protect himself? if he does then he is not fully doing anything to redeem himself and in that case, Isra is right to ask him for a divorce.

tweet
Share on FacebookShare on TwitterShare on PinterestShare on Reddit
Rameeza NasimJuly 28, 2021
the authorRameeza Nasim
Rameeza Nasim, a Paralian, passionate about poetry, drama and fiction. By giving drama critiques I feel like I am endorsing the writer's message to the audiences, I love my job. Being a critic responsibility lies on my shoulders to point out the flaws and shortcomings of the play be it on writer's , performers or director's end . I did my Masters in English Literature and Linguistics .
All posts byRameeza Nasim