Shahzaib has met a car accident 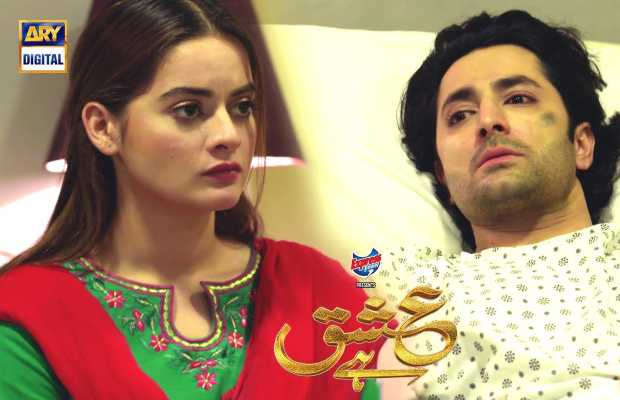 Ishq Hai the drama serial airing at ARY Digital has come up with its dual episodes. In these episodes story has moved a bit forward, Isra’s heart seems to start softening for Shahzaib. In the previous episodes, we have seen that Isra is consistently hating Shazaib for ruining her life. In these latest,  we find that Shazaib has met a severe car accident which has somehow moved Isra.

Isra and Shahzaib are living together but as strangers, as Isra is not ready to give him the rights of a husband and she has all the good reasons for it. Shahzaib on the other hand is trying his best to take good care of Isra and to undo what damage he has brought to Isra’s life and honor. However, he is not doing anything concrete in this regard why he is not uttering the exact fact to Isra’s family that he had actually abducted her and forcefully married her.

Isra is right in demanding a divorce. What he has done so far in clearing her name and why he is not stating the fact that he has kidnapped her in front of his own family too. Shahzaib agrees to divorce her, moreover he tells Isra that he is naming the apartment against her and also he will give her enough money that she can easily live on her own but first he needs to convince Isra’s family. He repeatedly said that “Mai tum say bohat dur chala jaonga” Isra’s expressions saying that she is hurt. Minal has given impeccable expressions.

Shahzaib is heartbroken, he knows that Isra hates him but he certainly does not have the idea that she has started hating him to the extent that she wants a divorce from him. Shahzaib hits his car in this tension and gets in a critical condition. The moment Isra gets this know she feels like her world has turn upside down, she knows that she still loves Shahzaib. He is saved and Isra is taking good care of him.

The over-dramatization at places takes a lot away from the story. Despite Isra and Shahzaib’s passionate relationship, there is nothing much in the side characters. Nimra is a character that is not making any sense, simply a pathetic character with zero self-respect. Shahzaib has repeatedly said that he does not love her but still, she has the audacity to visit his house and gets insulted why? Why she is shouting like a lunatic in front of him saying that she does not accept his marriage who is she? Why women are portrayed in such a negative light? Shazaib and Isra’s path crosses once again with Isra’s brother, his mother is in the hospital too. Isra cannot control herself to enter her mother’s room. Will Shahzaib ever going to tell them the real story?

tweet
Share on FacebookShare on TwitterShare on PinterestShare on Reddit
Rameeza NasimAugust 4, 2021
the authorRameeza Nasim
Rameeza Nasim, a Paralian, passionate about poetry, drama and fiction. By giving drama critiques I feel like I am endorsing the writer's message to the audiences, I love my job. Being a critic responsibility lies on my shoulders to point out the flaws and shortcomings of the play be it on writer's , performers or director's end . I did my Masters in English Literature and Linguistics .
All posts byRameeza Nasim