Why Isra is not being rude to Haris? 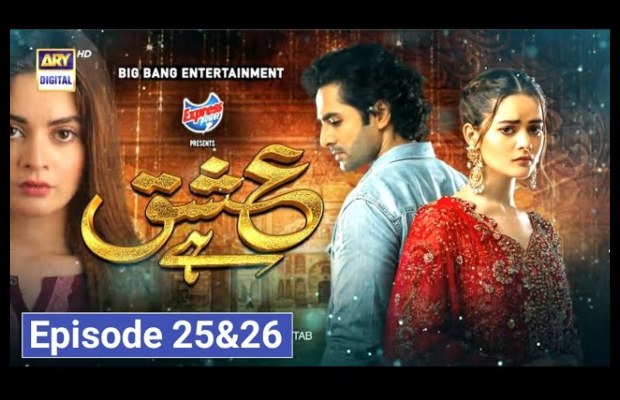 The duo episodes of Ishq Hai aired last night at ARY Digital, nothing much happened in these episodes but it seems that Haris and Nimra are quite successful in seeding doubt for Isra in Shahzaib’s mind. The question is that will Isra get trapped in Nimra, Haris, and the company’s collective plotting?

Isra is in her room when Samreen enters and she is all sweet and nice with Isra offering her hand for friendship, she is so cordial that it seems that poor Isra fell into her sweet talk. Well, we have seen that later Nimra too comes into her room trying to tell her that she is so embarrassed about her past behavior when in reality she is busy plotting with Haris and others against her.

Isra’s bhabi makes a huge fuss over Isra’s forgiveness and now she is demanding Hammad to leave him despite Isra’s mother’s requests she is not ready for a reconciliation. Naina leaves the house, Isra’s mother gets panicked and sick, she is alone in the house as her son has gone to take back her wife on her order. Isra has been told that her mother is not well she tells her mother-in-law and takes the car but she leaves the car in a traffic jam and takes a cab.

Well, Haris is already at her home taking care of her mother, he poses to be her mother’s savior that is why Isra is not being that rude to him, part of her is grateful to him for saving her mother’s life but Shahzaib is not happy on seeing Haris getting causal with Isra. Well, why Isra is being nice to him doesn’t she knows that he is the same one stalking and harassing her all the time?

Isra should be on her guard when her mother-in-law tries to outsmart her by saying that she has not told her about her mother’s illness. Well, now Hammad asks Isra to daily look after her mother as she is not well. It seems that Haris and Nimra will get ample time and situations to manipulate and they are definitely going to cause troubles in Shahzaib and Isra’s married life. It seems that Shahzaib has already getting annoyed with Haris’s frequent visits to Isra’s place and now it seems that he is a bit doubting Isra too whereas in the ending scenes we have seen that Nimra intentionally leaves her dupatta in Shahzaib’s bed so eventually Isra is going to doubt Shahzaib too.