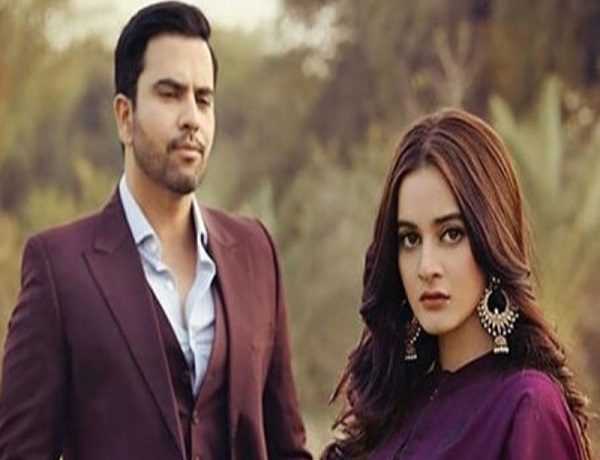 Week after week this amazing drama is becoming more interesting. You absolutely fall in love with his fairy tale penned down by Misbah Nosheen, because the story is just so engaging. Ishq Tamasha is your simple story where you can just get lost in with the characters and feel each and every one of their emotions resonating with yourself.

Danish Nawaz’s direction deserves due praise because he has brought out some amazing performances from the cast. Be it Junaid Khan or Faizan Khawaja, each actor has owned their character, bringing out an onscreen experience that is entirely believable.

The episode begins when Rushna calls Arham and insults him for what his brother has done to Mirha. Arham is surprised to know that Mirha is Rushna’s sister. Mehraab brings Mirha back to his house under a pretense and offers a fabricated explanation to his phupoo.

On the other hand chachi jan is furious because Rushna still hasn’t offered her a proper explanation, telling her mother that she was the one who was wrong and because of whom Mirha is suffering.

Mehraab visits Mirha ‘s house to convince her chachi but she is not ready to listen. She has closed off her doors for Mirha and doesn’t want her back at all. Mehraab’s phupoo too is worried about Mirha’s identity. She is skeptical about Mehraab’s involvement as well.

In a parallel universe, Wahaaj is unaware of any thing.  He even calls home and his mother puts him off. However, Rushna assures him that she’ll get Mirha to be his bride at all costs.

On knowing the reality will Wahaj accept Mirha? Will Rushna and Mehraab accept their mistakes and spare Mirha the humiliation. To find out, you’ll need to tune in to Ishq Tamasha next Sunday, at 8pm, only on Hum TV.

tweet
Share on FacebookShare on TwitterShare on PinterestShare on Reddit
Rameeza NasimMay 8, 2018
the authorRameeza Nasim
Rameeza Nasim, a Paralian, passionate about poetry, drama and fiction. By giving drama critiques I feel like I am endorsing the writer's message to the audiences, I love my job. Being a critic responsibility lies on my shoulders to point out the flaws and shortcomings of the play be it on writer's , performers or director's end . I did my Masters in English Literature and Linguistics .
All posts byRameeza Nasim