Ishq Tamasha Episode 12 Review: Is there a happy future for Mirha and Mehrab?

We eagerly want to see more interaction between the two 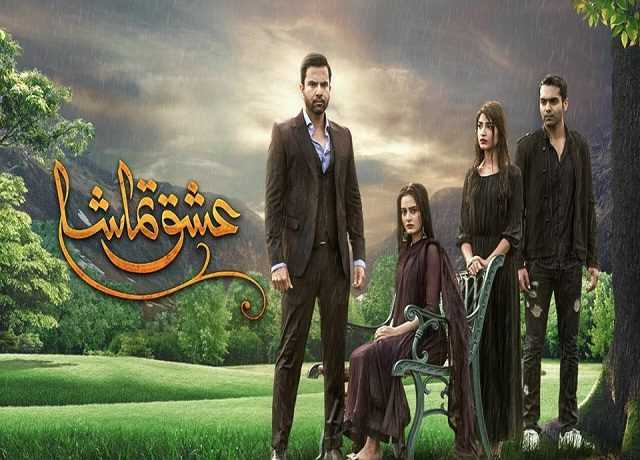 Ishq Tamasha, a drama I have been following religiously since day one, has just grown more interesting with 12 episodes down the lane. What I absolutely love about this particular play is the fact that it keeps more interesting with every passing episode. The web of misunderstandings, Mirha’s plight and Rushna’s rudeness has not yet ended and we’re eager to find out more.

The writer, Misbah Nousheen certainly knows her way with her pen. She has blown life into beautiful characters of the play, giving them each a relatable story and dialogues which move the audience. Danish Nawaz with his direction is absolutely brilliant. The scenes are crisp, to the point and well executed, each actor portraying his/her part amazingly.

Kinza Hashmi and Faizan Khawaja have become our next favorite couple after Junaid Khan and Aiman Khan. We just wish there were a few more interactions shown between the characters together rather than individual stories being narrated at the moment. And yes, we have one bit of an issue, why is everyone focused on Arham’s looks. The guy looks decent, in fact smart and well mannered, then why is everybody always showing him down because of the way he looks.

Arham find himself locked up in jail when he beats up a guy in his frustration. Mehraab slapped him for the very first time in his life for arguing with phupoo, standing up for Rushna and claiming how she was the reason for his life.

On the other hand, Mirha who tries to contact Wahaaj has failed herself miserably, only to give a chance to her chachi jan to give Wahaaj her side of the story about how Mirha had run away with a wealthy guy. Wahaaj is now restless, eager to find the truth about Mirha and it seems he’s rushing back home in the next episode.

Mehraab’s phupoo is very much hurt by Arham’s misbehavior and  releases all her frustration on poor Mirha. Upon finding Mirha in his room, she also insults her in front of Arham, to which Mirha blatantly replies and walks out.

Everybody is devastated and hurt for now. Arham pines for Rushna, Rushna is guilt stricken for Mirha, Mirha is hopeless and devastated because of Mehraab and Mehrab is suffering because of his unconditional love for his brother. Lets see where this entangled love story takes us next.

For now, we’re absolutely loving Ishq Tamasha’s story and how our favorite actors are executing it completely.

tweet
Share on FacebookShare on TwitterShare on PinterestShare on Reddit
Rameeza NasimMay 22, 2018
the authorRameeza Nasim
Rameeza Nasim, a Paralian, passionate about poetry, drama and fiction. By giving drama critiques I feel like I am endorsing the writer's message to the audiences, I love my job. Being a critic responsibility lies on my shoulders to point out the flaws and shortcomings of the play be it on writer's , performers or director's end . I did my Masters in English Literature and Linguistics .
All posts byRameeza Nasim