Misbah Nosheen, you broke our hearts! 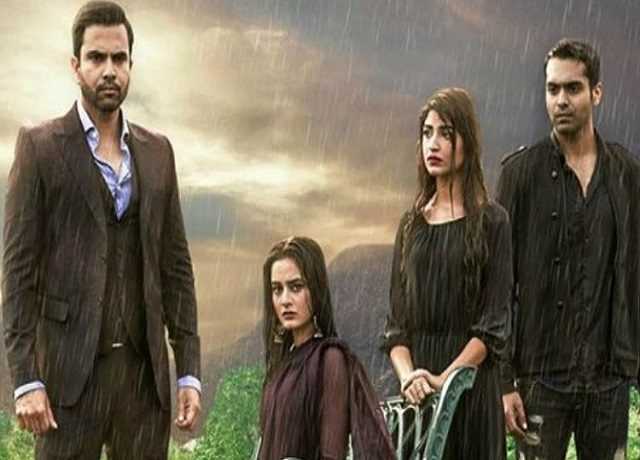 And while we thought Ishq Tamasha was our feel good drama, our very own afsana, writer Misbah Nosheen has jolted us awake from our dream. Episode 15 marked the most heartbreaking, the most crucial and awefully painful episode of our favorite drama, Ishq Tamasha. Henceforth, this drama, which only made us smile, will now make us cry and ache for Mehrab’s loss and Rushna’s callousness.

So what went on in the latest episode that broke our heart?

After taking a proposal to Rushna’s place once again, Arham and his family were bitterly insulted by the girl. Arham was called names and Rushna marked him as a deceitful person, thinking Arham had convinced Mehrab to marry Rushna. Rushna is callous and as usual thinking only about herself she asks the family to get out of her house.

A heartbroken Arham, who fought with his family once again, drives off in a rush, colliding into a truck and losing his life as a result. Yep, you read that right. Arham is dead as a result of a massive accident he had.

And now, Mehrab is devastated. He has to pull himself together and prepare to bury one human being he held the most precious in his life. Junaid Khan’s composure, his struggle with emotions and the restraint he showed in this week’s episode was just amazing. Danish Nawaz has truly extracted some amazing performance from Junaid Khan and the rest of the cast when it comes to Ishq Tamasha.

Another actor nailing her part in Ishq Tamasha has to be Kinza Hashmi as Rushna. Unaware of the world, the girl cares only about herself. She is least bothered about what her family thinks or what her actions can cost others. She belittled Mirha when she didn’t tell her brother the truth and now, after being convinced that she won’t find a better match than Arham, she calls Mehrab that she has agreed to marry Arham, unaware of his death.

Mehrab has called Rushna to see him and as the promo of the upcoming episode shows, he tells her he’ll marry her. So is Mehrab planning to avenge his brother’s death by marrying Rushna and teaching her a lesson? If a guy can kidnap a girl for his brother, we have no idea to what heights he’ll go to take revenge of his lost life. The upcoming episodes are really interesting and we’re waiting for them more than ever.

However, in the entire episode, Mirha, just had a small part to play. She supported Mehrab and consoled him for Arham’s death but that’s about it. Its been 15 episodes and we haven’t really seen a bond develop between Mehrab and Mirha. Will the two be together or will Mehrab now marry Rushna and avenge his brother’s insult?

How will the drama proceed? Misbah Nosheen has truly given this beautiful story a very painful, yet interesting twist. She moved our heart with her pen and now we’re left wondering what else she’ll give to us with her story?

Stay tuned to Ishq Tamasha every Sunday at 8pm only on Hum TV to find out more.