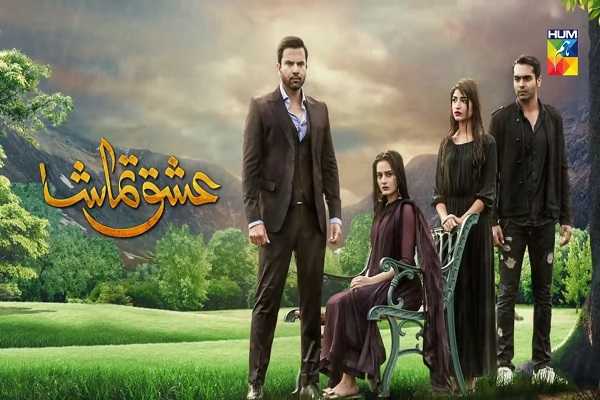 The 23rd episode of Ishq Tamasha aired last night and once again it left poor Mirha in a bigger mess. This time, its Palwasha who used Mirha for her own benefit, just like Rushna used to do.

The episode begins when Mirha and Rushna meet and Rushna spits all her venom on Mirha, just like her mother. Rushna blames Mirha for snatching her husband from her but Mirha fires back and it seems like Rushna is touched with what Mirha shares with her.

Palwasha secretly meets Ghufraan andit seems there is something cooking between the two. On the other hand,  Mehraab is really worried for Mirha and he gets disturbs when Rushna says that she has arranged Mirha and Wahaaj’s wedding.

Mehraab calls Mirha as he wants to know the reason of her declining his job offer. Mirha tells him that she is not his responsibility on which Mehraab speaks his heart out to her. Moreover Mehraab shares his plan with Mirha that he will kill Rushna the way she made his brother die. Now, there is one thing that has been confusing us, does Mehraab mean what he says or did he use the expression metaphorically?

As for Wahaaj, he is portrayed as a weak character who perhaps does not have a point of view of his own. His views are influenced easily by what people around him say. In the last episode he doubted Mirha, offering to bring poison for her and this time he took her out to a candle-lit dinner to discuss his future life plans.  And when Mirha refuses to marry him, his old self comes back and he taunts her in a cruel manner.

As for us, we believe it is the best thing for Wahaaj and Mirha because a spineless person like Wahaaj does not deserve a girl like Mirha, nor does he deserve her love.

On an ending note, Mirha is saddened to find Palwasha too has used her name to go meet Ghufran, just like Rushna did. Mirha warns her to be back on time and doesn’t want to be a part of anything as such. However, she falls for Palwasha’s plea but is now concerned since Palwasha doesn’t return on the time she promised.

For now, we’re left hanging on an edge. What will happen next is the biggest question. How will the family react with poor Mirha. Where will all this lead to?

Ishq Tamasha is a drama laced with some beautiful performances. You like the sizzling chemistry between Junaid Khan and Aiman Khan. The way Junaid Khan expressed his feelings to Mirha this week were simply amazing. Danish Nawaz’s direction and Misbah Nosheen’s story has given us a winner of a project.

tweet
Share on FacebookShare on TwitterShare on PinterestShare on Reddit
Rameeza NasimAugust 13, 2018
the authorRameeza Nasim
Rameeza Nasim, a Paralian, passionate about poetry, drama and fiction. By giving drama critiques I feel like I am endorsing the writer's message to the audiences, I love my job. Being a critic responsibility lies on my shoulders to point out the flaws and shortcomings of the play be it on writer's , performers or director's end . I did my Masters in English Literature and Linguistics .
All posts byRameeza Nasim