For audiences, it has been a power-packed ride, but the ending has left them disappointed. 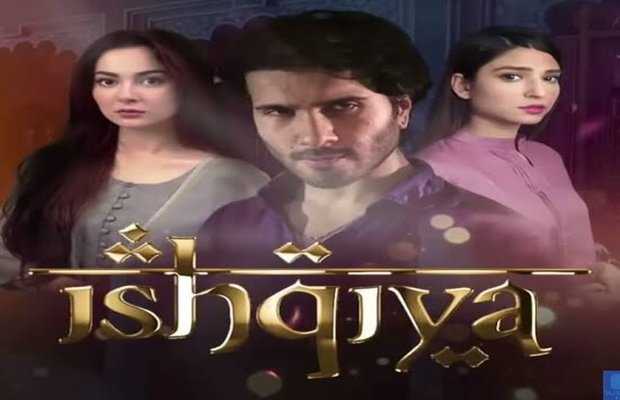 Ishqiya, ARY Digital’s drama series concluded with its double episode on Monday night. The Feroze Khan and Hania Aamir starrer has been creating quite a stir and with its last episode, the social media erupted with all sorts of reactions.

Director Badar Mehmood and his lead actors had been superb throughout the series.

For audiences, it has been a power-packed ride with the fallout of Rumi’s (Hania Amir) colleague Alishba (Maha Hasan) revealing to her about Rumi’s husband Hamza (Feroz Khan) and her sister Hamna’s (Ramsha Khan) university affair from the past. In her one-sided love for Hamza, Alishba takes her revenge from Rumi who is left broken by the disclosure and leaves her in-laws’ home to go live with her mother.

Rumi confronts Hamna and Hamza about concealing the truth from her. Rumi does understand her sister’s position and chooses to expose Hamza’s reality to her in-laws, decides to open up about how he had blackmailed Hamna and had used Rumi as a tool of revenge.

But for many, the last episode wasn’t up to their expectations and many were looking forward to a happy ending after following the whole series keenly.

On case you haven’t watched the last episode yet, without sharing the story of the ending, here is how netizens respond to the Ishqia’s end:

Worst ending. The only sane and nice character got played. Makes no sense #Ishqiya #Rumi pic.twitter.com/fDv6e8ZfUG

Man i feel bad for Hamza even tho he was wrong but HE STILL WAS LOYAL TO HAMNA BEFORE?! If Hamna just had the guts to tell her family before 🤦‍♀️
4 saal baad ehsaas hoa "abba nahi manay gey" 🙃
Sorri im just so into the drama😂
#Ishqiya pic.twitter.com/OYqbxUap2M

Always a risk watching @ferozekhaan 's dramas and I always trap myself onto it😫😭
I'm so sad, angry, frustrated, depressed and emotional ryt now..
WHY do you do this to yourself and to us fans.. Always? 😭💔😭
I'm so MAD🤧😭😭😭😭

I WOULD'VE ACCEPTED THIS ENDING IF HAMNA AND HAMZA BOTH WERE TREATED EQUALLY IN THE END. FOR ME THIS WASN'T A SAD ENDING BUT AN UNFAIR ENDING. #Ishqiya

but okay fine. they really wanted to give us this pathetic and crappy ending for sake of drama. this is utter crap. #ishqiya . this wasn't some deep, moralistic, tragic show jiska itna fazool end mar diya hai. remind me to not watch any other pak tv show. ghatia

The fact that he married her for revenge but didn't harm her anyway and overall was too soft and respectable towards her,
changed himself then..accepted his wrongdoings.. apologized.
Didn't get a happy ending even tho..& vice versa..is gonna hurt for a long time💔😭#Ishqiya pic.twitter.com/SgeNyT4Yoz

Is no one going to talk about Hamna’s mistakes? She literally betrayed not only Hamza but Rumi as well. If she was forgiven, why not Hamza?? #Ishqiya pic.twitter.com/2ib36dG5OB

All of this shit happened just because hamna could not stand up for her love, and she is the one who got a happy ending. Are you fucking kidding me?? Rumi forgave hamna but she could not forgive Hamza?? what bakwas, so so disappointed!! #Ishqiya