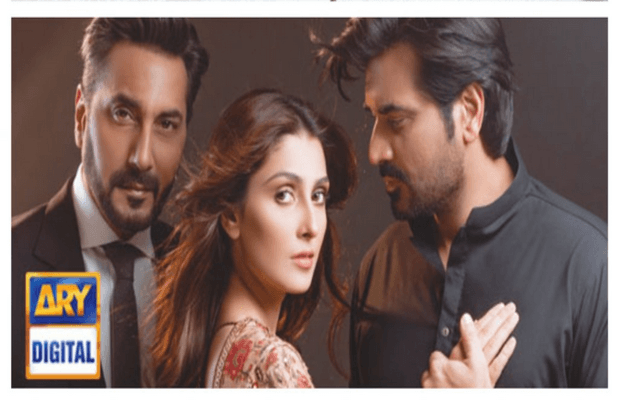 Love it or hate it, you might be one of the rarities if you haven’t watched Mere Pas Tum Ho. This drama is breaking records of television history and has also become the much talked about topic on social media.

However, some people have gone too far in hating the characters portrayed in the drama, and particularly Ayeza Khan who is brilliantly playing Mehwish. And of course, there’s a segment who loves Humayun Saeed as Danish and absolutely despises Adnan Siddiqui as Shehwar.

With the latest episode being such a talk of the town and continued bashing on the drama and its actors, producer Jarjees Seja has come forward to tell fans to relax and to industry, people to not get jealous.

“Can’t stop laughing after reading some of the comments about #Merepasstumho by some of the entertainment industry ppl. Jalne ki bu arahi hai. Please remember it’s just a drama serial and its characters reflect the good and bad side of our society,” said Jerjees Seja, CEO ARY Digital Network.

“So chill and enjoy a great drama. Waiting for another big episode coming next week,” he concluded like a much-deserved boss. 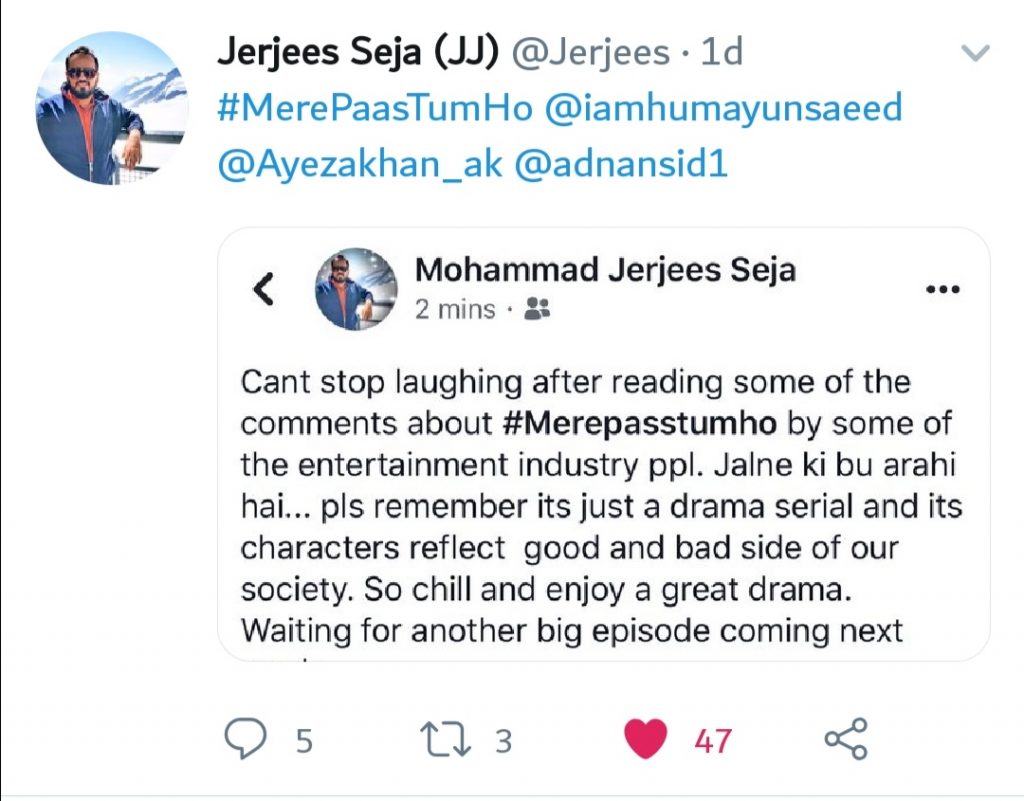 Since its beginning and particularly after the last episode of Mere Pas Tum Ho, the drama has gotten a lot of hype for its unexpected storyline. With some praising the actors for remarkable acting, others are hating the drama for negative portrayal of a woman and showing infidelity.