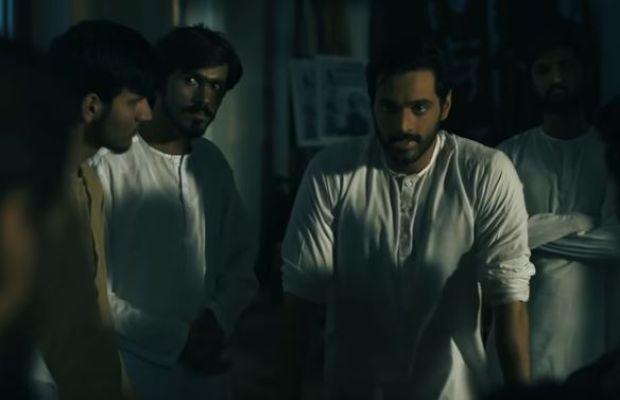 Jo Bichar Gaye is a drama series based on remembrance of 50 years of Fall of Dhaka. It is a kind of series that should not be missed as it is addressing a subject on which no one has talked about for years. Jo Bichar Gaye is a Netflix material, hope the makers manage to get a slot on the online streaming portal. The period drama is based on the autobiography of Col. Z.I Farrukh. The series is directed and produced by Haissam Hussain under his banner H2 Films, Mehreen Alam as co-writer for screenplay and it is written by Ali Moeen. It airs weekly on Sunday at Geo Entertainment.

The story is set in then 1971 East Pakistan, and most of the scenes are showing Dhaka University are in actual shot at the  Government College University Lahore(GCU) and National College of Arts (NCA). Cinematography is done very artistically. Jo Bichar Gaye features Talha Chahour playing the lead role of Z.I Farrukh.

In one sentence, Jo Bichar Gaye is a masterpiece with brilliant execution and equally brilliant performances.

Talha Chahour having a theater background has given an award winning performance as Captain Farrukh who is a west Pakistani Army officer posted in East Paksitan Dhaka. The series is unfolding the events happened during 1971 which lead to the Fall of Dhaka. It is depicting the 1971 East Pakistan where Bengal locals are raising their voice for their rights and they have started a revolution for a separate homeland with the help of Mukhti Baanies.

The 1969 Mass uprising in East Pakistan, that led to the Agartala movement in Dhaka University (Agartala Conspiracy Case ) is well portrayed in this drama. Talha Chahour is so charming that he is giving us that Deelip Kumaar feels.

Wahaaj Ali has nailed his role as Rumi,a Bengali freedom fighter and revolutionist who wants equal rights for East Pakistanis and want a separate homeland Bangladesh but he never wants bloodshed. This humane side of Rumi makes him an appealing character. Wahaaj’s chemistry with Maya Ali is also very solid. Some of the scenes are quite bone chilling particularly when the students want to seek help from Professor Arjeet ( Usman Zia) but instead of helping them he calls the mob by making a particular sound.

Nadia Jamil’s scenes as Shabnum are brilliant and a great comic relief. She is playing the character of Maya’s Bengali mon who is disappointed to see her daughter’s love interest in an Army officer who belongs to Punjab.

In short Jo Bichar Gaye is the best thing that ever happened to the Pakistani Entertainment Industry. A series not to be missed!

tweet
Share on FacebookShare on TwitterShare on PinterestShare on Reddit
Rameeza NasimJanuary 12, 2022
the authorRameeza Nasim
Rameeza Nasim, a Paralian, passionate about poetry, drama and fiction. By giving drama critiques I feel like I am endorsing the writer's message to the audiences, I love my job. Being a critic responsibility lies on my shoulders to point out the flaws and shortcomings of the play be it on writer's , performers or director's end . I did my Masters in English Literature and Linguistics .
All posts byRameeza Nasim