Shill may going to do something terrible with Haroon 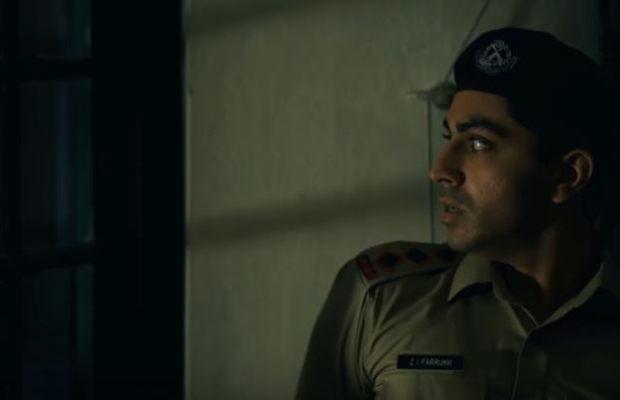 Jo Bichar Gaye is not an easy watch it’s definitely not for faint hearts. This episode in particular dead before dawn is a bone-chilling one giving us goosebumps. In the previous episode, we have seen Sonia sensing that something is really wrong with Rumi. In this episode, we do not see much of Sonia but a darker side of Rumi is revealed.

Rumi has broken the shell of fear but then we see his darker side, the side we do not want to see in Rumi. Despite knowing all the reality of Shill and his professor Arjeet, he decided to join him, and not only him he agrees to take his cousin brother Haroon with him too why? Maybe according to Rumi, it’s the only chance of their family’s survival.

Haroon the actor who played this role has done a tremendous job. The scene where Haroon is asking permission for going with Rumi is so heart-touching. Shabnum as a typical mother is making her heart harder and she is not talking with him. However, her heart melts when Haroon suddenly hugs her, cries, and says I love you, mama. Shabnum only cries her expressions are foreboding that something bad going to happen.

Captain Farukh has been given a very important task to de-arm the Bengali insurgents. It is going to be a crucial task as its a do-or-die situation for him. He has to make sure that he completes his task before dawn and not kill unnecessarily. Captain Farukh writes a very heart-touching letter to his mother telling him that it’s his only chance to make her mother proud. Then he calls Sonia and reluctantly he confesses his love for her and puts down the receiver without even hearing her reply. Sonia is kinda pleasantly shocked. It’s the only scene of Sonia in this episode

Rumi takes along Haroon to his University and introduces him to Professor Arjeet. He welcomes him in his typical style then they all are working when Haroon starts feeling hungry the way Rumi is asking him what he wants to eat depicts his love for his brother cousin. The moment Rumi leaves and Shill comes towards him giving us chills down the spine. Shill accuses him of being half Bengali despite Haroon’s claiming that he is a full Bengali as his father is Bengali, Shill takes him away saying let us prove it then. Haroon comes back finding him missing the way he is searching for him all over the university shouting his name brings my heart to my throat. Something terrible going to happen with poor Haroon.