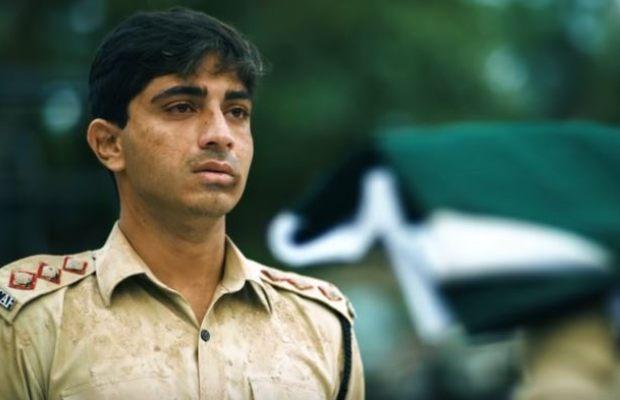 In this episode, we bid farewell to the best thing that ever happened to our drama industry. Jo Bichar Gaye ended on a soul-shattering tragedy of separation. The fall of Dhaka is indeed one of the greatest National tragedies and may we never see this sort of tragedy ever again. Performances, script, execution everything is top-notch. All praises for Haisam Hussain for bringing out such a masterpiece for us.

Fall of Dhaka the tragedy itself and the bloodshed attached with it, the director has dealt very sensibly with such a super-sensitive event of our history. The part of history which was not told before. Based on Captain Z A Farrukh’s memoir and well complemented by Ali Moeen’s beautiful writing Jo Bichar Gaye is a brilliant project. Still not getting over with the previous episode’s ending scene where Adnan Jaffar narrates Lord Tennyson’s Charge of the Light Brigade. It was not less than a beautiful painting.

Rumi is back in this episode as Sonia’s savior. Sonia truly loves Rumi that hug says all. Like a brave heart, Sonia asks Rumi to save other girls too which is evidently of hands situation for Rumi but he agrees the nod he gives to Sonia says volumes about his want to redeem himself from his sins but eventually he ends up being killed by Shill.

The opening scene of the episode is giving Bengali’s point of view too. How foreign forces exploited the nationalism of the deprived people and romantics, West Pakistan’s government and politicians’ negligence lead to this national devastation and separation. Mukti Bani exploits the romantics and dreamers for a promised land but at the cost of mass bloodshed. Rumi poisoned all of them just to take revenge on Haroon or for that bloodshed or both? It is said that it was too difficult to even breathe in that environment at that time as the smell of flesh and blood was all over in the air. Thanks to the director who saved us by not showing that violence on screen.

Sonia’s end has not been shown to us, the director has left that to our wildest imagination. Talha Chahour is a born star. It is Maya Ali and Wahaaj Ali’s best work to date. Talha’s stellar performance as Captain Farrukh the shattered soldier who lost the battle, his love, and also his morale. The scene where Captain Farrukh lowers our flag and presents it to Brig Fakaruddin says a lot about the loss we as a Nation had on that day. The mastery of Haisam Hassan is that he along with the loss of a piece of land also shows the human side of that tragedy along with the Bengali perspective and also adds a glimpse of the Pre partition past. Take a bow to the entire cast and crew of Jo Bichar Gaye. The play has a special place in our hearts. My words cannot do justice with praise enough for this masterpiece.

tweet
Share on FacebookShare on TwitterShare on PinterestShare on Reddit
Rameeza NasimMarch 15, 2022
the authorRameeza Nasim
Rameeza Nasim, a Paralian, passionate about poetry, drama and fiction. By giving drama critiques I feel like I am endorsing the writer's message to the audiences, I love my job. Being a critic responsibility lies on my shoulders to point out the flaws and shortcomings of the play be it on writer's , performers or director's end . I did my Masters in English Literature and Linguistics .
All posts byRameeza Nasim