Adnan Jaffer and Talha Chahour both have given impeccably brilliant performances 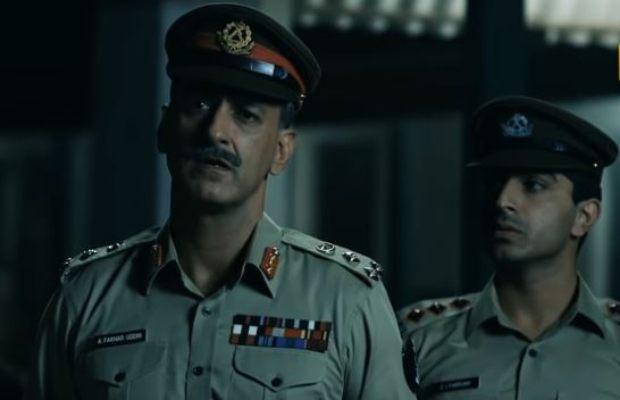 Geo Entertainment’s play Jo Bichar Gaye is finally moving towards its conclusion and it is making us sad at so many levels. The foremost saddening thing about this classy play is that it is going to end next week, we are surely going to miss the serial. Secondly, through this ending, it is like reliving the greatest National trauma of the Fall of Dhaka. Lastly, the saddest part is that still we have not learned anything from this huge tragedy. In the previous episode, Rumi was cursed by Shabnum and in this latest episode, the war begins.

The episode begins with the war scene. The war has begun and there is a total blackout and jet fights going on in 1971 East Pakistan. The scene where Maya wakes up to the voice of fighter jets flying is making us realize the trauma through which innocent civilians go through in times of war. War is bad and so are its repercussions.

That blackout scene is very heart-wrenching where poor Sonia is torn between both of her parents. Her mother has completely lost her senses and she has gone out in the street in search of her dead son while on the other hand, Anwaar ul Haq is battling with his own life. Poor Sonia has to drive her father while she is also worrying for her mother, ends up losing her father in the hospital. Anwar ul Haq is dead. Sonia’s family is totally ruined and somehow Rumi is also the reason behind this doom.

The ending scene of this episode has my heart. Adnan Jaffer and Talha Chahour both have given impeccably brilliant performances in that scene. This scene is the masterstroke by the director not less than a painting where Adnan Jaffar is reciting that famous poem by Lord Tennyson. Amidst that chaos and helplessness of losing a war, he is trying to boost his junior’s morale by reciting the poem with lines “into the valley of death…” a tear rolling from Captain Farukh’s eye this scene will be remembered. “Enlightened Nations remember their soldiers for their bravery not for the victory” is the crux of the scene. It makes me wonder do we celebrate those soldiers who lost the battle in 1971 but never surrendered?

tweet
Share on FacebookShare on TwitterShare on PinterestShare on Reddit
Rameeza NasimMarch 8, 2022
the authorRameeza Nasim
Rameeza Nasim, a Paralian, passionate about poetry, drama and fiction. By giving drama critiques I feel like I am endorsing the writer's message to the audiences, I love my job. Being a critic responsibility lies on my shoulders to point out the flaws and shortcomings of the play be it on writer's , performers or director's end . I did my Masters in English Literature and Linguistics .
All posts byRameeza Nasim