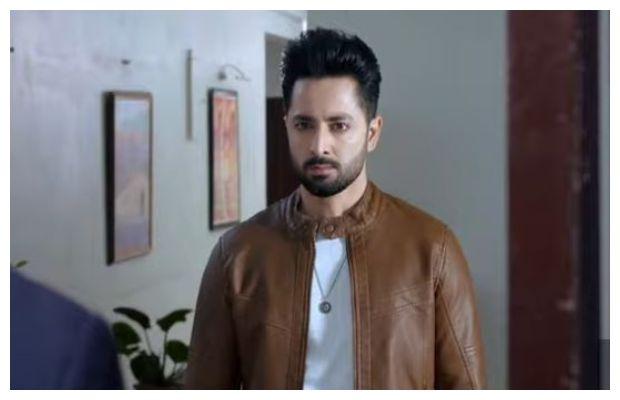 Ary Digital drama serial Kaisi Teri Khudgarzi continues to engage us with its toxic Masala. Performances are all on point. Shamsher continues to disappoint us. In the previous episode, we have seen that Shamsher wants to win Mahek’s heart but not trying enough. In this episode it is shown that Shamsher gets to know the reality of his family, he gets to know that it is Baba Sahab who tried to kill Mahek with the help of Sheroo.

Shamsher continues to stoop so low. The best part of the play is that up till now Shamsher has not been glorified as a hero. He is bad and he is an anti-hero. Whatever little act of kindness he tries to do can never absolve him of all his sins. He certainly does not deserves Mahek at all and we are not rooting for Shamsher and Mahek as a couple. I hope they do not try to glorify him in the coming episodes.

Shamsher wants to win Mahek’s heart but he does not do anything for it. He makes sure he takes not a single step that may lead to winning Mahek’s heart. He wants to forcefully win her heart which he knows he cannot. Why he is being such a douche-bag that he stops her from meeting her parents? He yells at her and misbehaves with her too at places. He is proving that he is a thorough mean character.

Among all the mean characters in Nawab Dilawar’s household, only Shamsher’s mother and Dara are sane-headed people with kind hearts. They both suggest Nawab Sahab to whole heartily accept Mahek as there is no other way left but Nawab Sahab is not ready to accept Mahek at any cost. Dara was not being part of the plan in which Nawab Sahab tried to assassin Mahek. In other words, Dara deserves a wife like Mahek, not Farwah.

Dara goes to meet Sheroo and there he gets the shock of his life that his own father attempted to kill Mahek with the help of Sheroo. Well, the question arises why Baba Sahab sends Dara to investigate when he was not part of his plan. The scene is quite an unrealistic shoot as Shamsher out of nowhere follows Dara to the investigation room and there he gets to know his father’s reality and not just him Mahek also get to know that she is being attempted to murder by none other than Baba Sahab. Now after knowing the whole reality will Shamsher be able to protect Mahek and fight for her with his Baba Sahab?

tweet
Share on FacebookShare on TwitterShare on PinterestShare on Reddit
Rameeza NasimSeptember 8, 2022
the authorRameeza Nasim
Rameeza Nasim, a Paralian, passionate about poetry, drama and fiction. By giving drama critiques I feel like I am endorsing the writer's message to the audiences, I love my job. Being a critic responsibility lies on my shoulders to point out the flaws and shortcomings of the play be it on writer's , performers or director's end . I did my Masters in English Literature and Linguistics .
All posts byRameeza Nasim