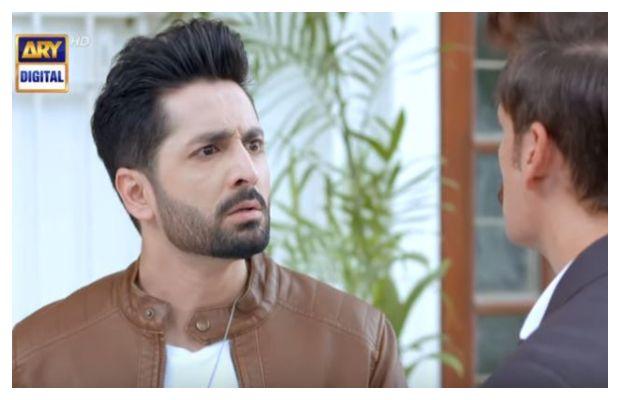 Kaisi Teri Khudgharzi Ep-20 Review – Kaisi Teri Khudgharzi the drama serial airing at ARY Digital is one brainless entertainer however this episode, in particular, is a bit intense. Performances are all on spot. In the previous episode, we have seen that Shamsher and Dara come to know that Baba Sahab tried to kill Mahek, and not just both of them Mahek also finds out this truth. In this episode, it is shown that Shamsher is shattered to know his own father’s reality.

Well, when Sheroo is telling the whole truth about Baba Sahab trying to kill Mahek with the help of him in the Police Station Shamsher is listening to the whole thing and not just him, Mahek also hears all the reality of Baba Sahab. This whole scene is so far-fetched out of nowhere Shamsher sees Dara going into the Police station and he follows him and Mahek also follows Shamsher conveniently in the Police Station knowing how our police behave with the women.

The moment Mahek hears all this she behaves aggressively on it. Shamsher is still in a state of denial about this whole situation. Dara tries to cover it but Shamsher is not ready to listen to anybody. Mahek goes straight to Shamsher’s house and she misbehaves with Shamsher’s mother. On the point now she has an edge over Shamsher and she is making sure not to spare this moment.

Shamsher who is quite in a state of denial asks his mother about the truth. Shamsher’s mother is reluctant to share with him the truth she tries to deny it but then Shamsher asks his mother to swear upon him, but she refuses. Shamsher puts his head at gunpoint and pressurizes his mother to tell him the truth on which his mother has left with no choice but to confirm that whatever Sheroo has told them is true. Baba Sahab tried to Kill Mahek. This revelation has shocked both Dara and Shamsher but Shamsher is shattered.

Mahek makes sure she does not miss this opportunity to humiliate Shamsher. Shamsher is shattered and he is furious. The scene where Rishtay walas refuses Nida because they have seen Mahek’s picture on the wall is such a useless scene in which Mahek’s father says like a loser that “Aisy gharo ki larkiyon ki shadiyaan nahi hotien” On top of that out of nowhere Ahesun jumps in saying that “Mai karoonga Nida se shadi” and then insisting his uncle to give him a chance is all so weird and absurd. As Nawab Dilawar comes to know that Shamsher has known his reality now what will be his next move? Will Shamsher be able to confront his father for Mahek? Brainless but engaging episode!

tweet
Share on FacebookShare on TwitterShare on PinterestShare on Reddit
Rameeza NasimSeptember 15, 2022
the authorRameeza Nasim
Rameeza Nasim, a Paralian, passionate about poetry, drama and fiction. By giving drama critiques I feel like I am endorsing the writer's message to the audiences, I love my job. Being a critic responsibility lies on my shoulders to point out the flaws and shortcomings of the play be it on writer's , performers or director's end . I did my Masters in English Literature and Linguistics .
All posts byRameeza Nasim