Kaisi Teri Khudgharzi Ep-5 Review: Mahek fears that she will have to bear the consequences 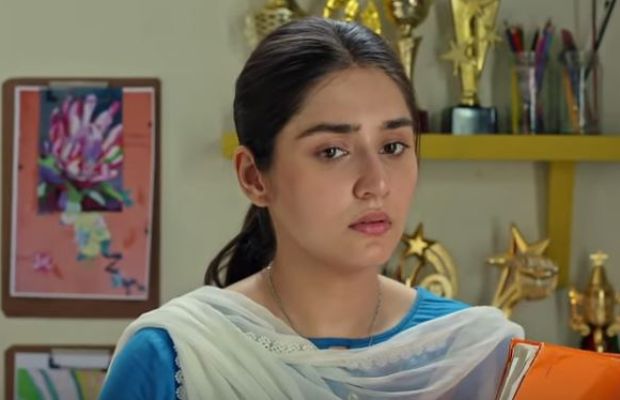 Ary Digital’s drama serial Kaisi Teri Khudgharzi is getting stronger in terms of views but it is problematic despite depicting a true portrayal of aristocratic behavior. Performances are good but the characters are quite disappointing nothing inspirational. In the previous episode, we have seen Shamsher calling off Mahek’s nikkah by abducting Ahesun. In this episode, Shamsher’s mother and bhabi go to Mahek’s place and insults her father.

The episode begins with Ahesun’s returning home. It is so heartbreaking when Ahesun refuses Mahek saying that he cannot marry her till there it is okay but by saying that you should marry Shamsher he will be a good match for you is so disgusting to say. It is understandable that he has been threatened by Shamsher but his father’s persistence and his anger look so unnatural. Well, Ahesun is not hero material.

Mahek is heartbroken, her fiance, who was her only hope, has straight away refused to marry her on her face. Shamsher by no means is a hero he is just a flawed protagonist being a thorough harasser, he is literally harassing Mahek and her family, a step ahead of stalking. He calls Mahek and tells her that she is left with no option but to marry him and when she says that she will prefer death he arrogantly says that even he can stop her from death. Shamsher’s claim is quite godly here God Forbid.

Shamsher’s family living in another zone, are of the view that it is Mahek who is enticing Shamsher not realizing that it is Shamsher who is hounding them. Shamsher’s mother and bhabi plan to visit Mahek’s place to teach them a lesson so they can stay away from Shamsher. Shamsher’s bhabi is a vile woman, she so badly insults and humiliates Mahek’s father. Thank God Mahek has got a spine and some guts, she throws a glass of water on bhabi’s face!

Well, poor Mahek has gained an enemy as Bhabi is resolute that she is never going to spare Mahek or her family. Shamsher’s bhabi is also a big shot and her status has gotten into her head she has made all this a matter of her ego. She tells Shamsher that they have gone there for his proposal but in return, Mahek’s family has behaved so badly with them and Mahek has thrown a glass of water at her face. Shamsher finds it hard to believe that Mahek can do such a thing but he is naive enough that he believes in it and gets furious. Mahek is so spineless that after showing some guts later she is fearing that she will have to bear its consequences. By the way, this frequent reference to “Middle Class” people sounds too annoying, especially to Mahek’s father. Overall engaging episode.

tweet
Share on FacebookShare on TwitterShare on PinterestShare on Reddit
Rameeza NasimJune 10, 2022
the authorRameeza Nasim
Rameeza Nasim, a Paralian, passionate about poetry, drama and fiction. By giving drama critiques I feel like I am endorsing the writer's message to the audiences, I love my job. Being a critic responsibility lies on my shoulders to point out the flaws and shortcomings of the play be it on writer's , performers or director's end . I did my Masters in English Literature and Linguistics .
All posts byRameeza Nasim