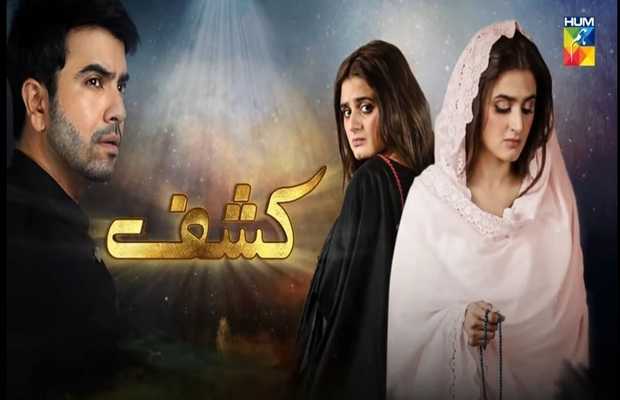 Kashf the drama serial running at HUM TV is one the finest in terms of its making and story, however, the play has taken a turn that is too tragic and pretty intense. With Matiullah planting both Erum’s and Ashi’s lovers, he is resolute that he is going to ruin Kashf’s astana’s business along with her home. Hira Mani as usual has given an impeccable performance.

Kashf is extremely hurt to see her sisters hating her. Erum who always used to support Kashf and she had always be on her side is now getting against Kashf for a stranger boy! The boy who is getting all the feedings from Mattiuallah and similarly Kashf’s phupho’s lover who is also planted by Mattiuallah as his aim is to ruin Kashf’s home and astana. On the other hand, Phupho’s lover also being planted by Mattiuallah, is quite exaggerated.

Wajdaan desperately wants to marry Kashf but here Kashf’s helplessness is not making any sense why not she is taking a stand for her own self like she is handling other issues. Why cannot she simply tells her father that she wants to marry Wajdaan, let her marry, she can continue her astana practices after her marriage too. However, Kashf’s father will never want her to get her married because he cannot lose the power he has over her earnings.

Kashf sees a very happy dream about her sister Erum and she shares with her by embracing her but she very bitterly replies that she is happy because she herself wants it but Erum clearly tells her that she will not marry anyone except Babar and she meets him too, Wajdaan catches her with him and he tries to tell her that this is not appropriate and also that Babar is not a good guy but Erum is not ready to listen to anyone, even her father who yells at her warns her that he will lock her up in the room for the rest of her life but she is not listening to anyone.

Kashf sees her greedy father giving amulet to a woman for a negative purpose and getting a hefty amount of money in return. Kashf clearly forbids her father that she is not going to bear any such malpractices at her astana anymore. Wajdaan is being very impatient he wants Kashf to marry him on which Kashf suggests to him that he should marry the girl who loves him and that girl is Zoya. Wajdaan is very upset to hear this.

Is he going to follow what Kashf has suggested to him? Babar has offered Erum to elope with him, initially, Erum was resisting but now when her father has so badly scolded her she has made up her mind, and for that she calls Babar but Kashf overhears Erum’s plan. We’ll have to wait to find out how Kashf is going to save her sister or let her proceed in her plans?

tweet
Share on FacebookShare on TwitterShare on PinterestShare on Reddit
Rameeza NasimAugust 5, 2020
the authorRameeza Nasim
Rameeza Nasim, a Paralian, passionate about poetry, drama and fiction. By giving drama critiques I feel like I am endorsing the writer's message to the audiences, I love my job. Being a critic responsibility lies on my shoulders to point out the flaws and shortcomings of the play be it on writer's , performers or director's end . I did my Masters in English Literature and Linguistics .
All posts byRameeza Nasim