The astana is earning lots of money! 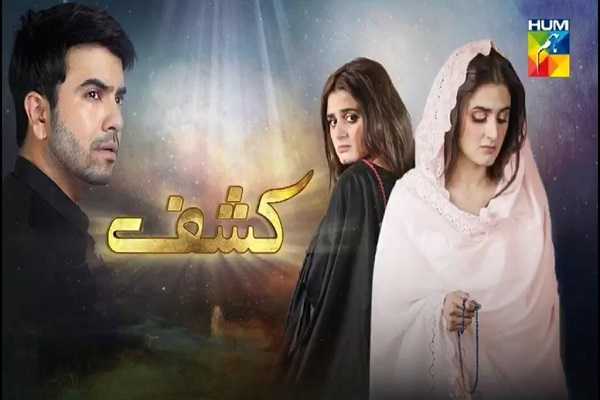 Kashf one of the finest drama serial airing at HUM TV is a classic example of brilliant execution, kudos to the director Danish Nawaz and writer Imran Nazeer for bringing up such a fine serial loaded with impeccable performances. This episode has certainly shown a lot of development, Kashf now is no more the girl who blindly followed every order of her father. She is now taking stand bravely for herself, her mother, and Wajdaan.

The episode begins when Kashf’s father catches Wajdaan at Kashf’s astana clad in Burka. He is extremely furious about that and he insults him in front of his mother. Then he locks up Kashf for not showing up in Astana but when Shumaila comes to take Kashf to her Milaad ceremony Kashf’s father shameless demands a hefty amount of money for her attending the event. He has no shame that Kashf is attending her own cousin’s function and Shumaila is none other than his own niece but greed has blinded him so badly that he sees money everywhere.

Well, the much-awaited development in the story and character of Kashf finally occurs in this episode. We all are wondering as Kashf has started earning money then how come she is not taking stand for her mother and her family? Why she is so blindly following whatever her father asks her to do, well here in this episode we see how smartly Kashf is taking stand for her family trying to cash her father’s weakness.

When a wealthy old man requests Kashf’s father to seek Kashf’s guidance regarding his matter by giving reference of  Molvi Sahab and at first Kashf’s father does not agree to let him meet her, and when he offers him a hefty amount of money, he is ready to accept his request. Kashf accepts his father’s advice to meet the old man but she puts some conditions on it. Foremost condition is that now she will see both male and female visitors but she wants some share of her earning, the part she earns from ladies for her mother.

Kashf’s other condition is to bring back Wajdaan at her astana and Wajdaan’s job will be that he will see which male visitors is worthy enough so he will let him enter her astana and also he will not allow the cheap and loafer kind of men. Kashf’s father tries to resist on which Kashf takes a brave move she says then she will not see this visitor and she makes sure that first, her father brings Wajdaan at her astana then she will start seeing the visitors. A brave and much-needed step taken by Kashf. Since she has started earning well and because of the wealthy income, she has now started dreaming of marrying off her sisters.