Kashf Episode 22 Review: Wajdaan is ditching Kashf’s father from the promise he has made

Kashf sees some disturbing dreams during her honeymoon trip 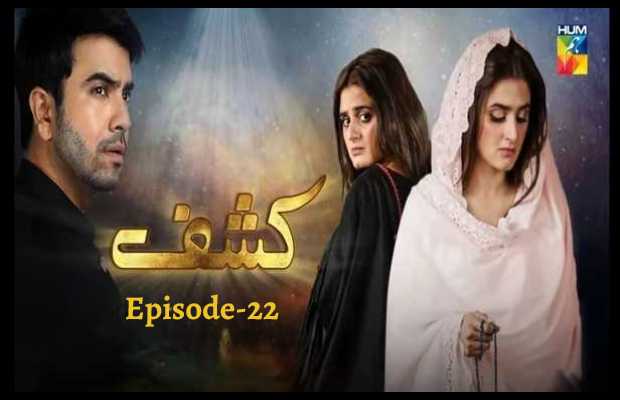 Kashf the drama serial airing at HUM TV is one promising watch with its unique story premises and interesting characters. This episode is quite satisfying where Kashf is enjoying her married life with Wajdaan. It is for the first time Kashf is enjoying freedom and it seems that she is living her dream but besides that, she is also seeing some disturbing dreams during her honeymoon trip. Hira Mani and Junaid Khan have given their best performances.

The episode begins when Wajdaan tells Kashf that they are going for a honeymoon and he also tells her not to share this news with her family before going. On the other hand, Kashf’s mother is planning to invite her to dinner when Ashi Phupho tells them that she has just talked with Kashf on the phone they have gone for their honeymoon. Kashf’s father is the most worried person here he tries to call Wajdaan and Kashf but they are not picking his call.

Well here Kashf’s father desperation and worry are not making any sense why cannot he wait for a week or two and let Kashf enjoy her life. She can easily resume her practice after a week or two and he can tell her followers that she is on a leave. Well, all he is worrying is for not earning money these days. He calls Wajdaan and tries to threaten him too but it seems that Wajdaan is not paying any heed to it. He has made up his mind to ditch his uncle from the promise he has made with him. Well to save the budget, it seems that the makers have shot the honeymoon trip in Karachi.

Zoya on the other hand is very depressed to know that Kashf and Wajdaan have gone for their honeymoon. She is talking with Matiuallah and expressing her disappointment when he tries to instill some hope in her and later he offers her to marry him on which Zoya cut the call in anger but later he again calls her telling her that it is the only way to achieve their goals and she has to marry him on which Zoya clearly refuses him but Mattiuallah has made up his mind to trap Zoya.

Kashf is so happy, she is enjoying her freedom. It seems that Kashf’s dreams have come true, she has got her love of life and she is also enjoying the freedom and stress-free life. However, her dreams are not even sparing her on her honeymoon trip. She sees a couple of bad dreams in one dream she sees her family in distress, all her family members are crying and she gets disturbed to see that dream. Secondly, she sees one of her followers in her dream in a miserable state. She tries to approach her father but Wajdaan stops her from doing that.

Is Kashf going to leave her astana?