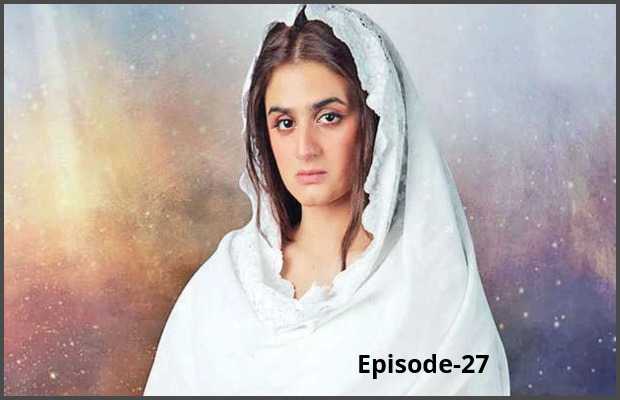 Kashf the drama serial airing at HUM TV is one of its alone kind, with its unique storyline and fine performances. The story is progressing, in this episode, Kashf is forced to accept Mattiullah’s offer and for that Mattiullah creates such situations for Kashf where she is left with no choice but to accept what Mattiullah says. Performances were on point.

Kashf sees Wajdaan and his mother losing their house, Wajdaan’s mother is blaming Kashf for that and Kashf too cursing herself.  However, Kashf and Wajdaan are still resolute that they will not accept Mattiullah’s offer. Wajdaan is arranging a lawyer and they are hopeful that he will release Imtiaz on bail and furthermore the lawyer will also help Imtiaz to get his property back.

Imtiaz’s body language and attitude is now totally changed in front of Mattiullah, he is pleading with him to release him. Well, one wonders if Mattiullah is that influential then why he has not done this before? Why he let Imtiaz making all this property and letting him ruin his Astana business? Mattiullahplots an accident and with the help of the goons he gets Wajdaan severely injured.

Poor Kashf and her family are in shambles, she has literally no money for Wajdaan’s surgery. She has left with no choice but to agree with what Mattiullah is offering her. She silently goes to Mattiullah’s asatana and tells him that she agrees on what he says and she wants money and wants her father get released. Mattiullah makes her sign a contract paper according to which she will sit at Mattiullah’s Astana and she will share half of her earnings with him. Kashf signs the paper and he hands her some handsome amount of money.

Kashf clears hospital surgery bills from that and then she calls the lawyer, she tells him that she will give him his advance fee in the morning, she wants her father’s bail as soon as possible. Zoya is sparing no moment in feeding Wajdaan’s mother’s mind against Kashf. This sister rivalry track is so ugly. Zoya is a pathetic and vile character. Ashi phupho is always asking for money from Kashf all the time, one wonders why she is doing that for her good for nothing greedy husband? Will Kashf ‘s joining Mattiullah’s astana will bring differences in her relationship with Wajdaan?

tweet
Share on FacebookShare on TwitterShare on PinterestShare on Reddit
Rameeza NasimOctober 14, 2020
the authorRameeza Nasim
Rameeza Nasim, a Paralian, passionate about poetry, drama and fiction. By giving drama critiques I feel like I am endorsing the writer's message to the audiences, I love my job. Being a critic responsibility lies on my shoulders to point out the flaws and shortcomings of the play be it on writer's , performers or director's end . I did my Masters in English Literature and Linguistics .
All posts byRameeza Nasim