Khudparast Episode 4 Review: Although Uswa is in love, she feels shackled!

For Hanan and Uswa it was love at first sight

Another new episode of exciting and very engaging drama serial Khudparast went on air on Saturfay and the drama has shown some real turns ever since.  Uswa moves to Hanan’s house after marriage and there exist some real clash of opinions.  The story is beautifully knitted by Meri Guriya famed writer Radain Shah and is well headed by  director Syed Aabis Raza. Although the supporting cast impresses, Shehzad Shaikh, Ramsha Khan, Asma Abbas and Nausheen Shah deserve special mention with their outstanding performances.

The episode begins when Uswa is happily busy with her wedding preparations. She has now fully made her mind to marry Hanan. Adeel tries to tell her that she is loosing her own self but Uswa considers it as one of his jokes. Well Uswa gets her first shock when at her nikah Beenish Bhabhi comes up with a list of instructions including to put dupatta as a long veil. Uswa is already feeling suffocated.

Bakhtawar is not happy when she get to know that Hanan has sent 7 gold sets to Uswa and that she has kept all of them. She makes sure to give to a necessary preamble to his son telling him that he should have been very careful in spending money on his wife, throwing money on her can lead to disastrous consequences. Moreover Bakhtawar also gives a list of instructions to Uswa in a very cold and reserved, rather rude manner which is suffocating her even more. Uswa, although furious, is currently just fuming inside.

Despite the suffocation, Uswa goes ahead with the nikah. Her bhabis are super jealous about the family she’s marrying into but somewhat happy at Bakhtawar’s controlling nature.

The scene where Hanan meets Uswa at the wedding night is super cute and romantic. It seems they both instantly fall in love with each other. However the following day is not so happy as Uswa takes time to wake up and Bakhtawar has sent Beenish to wake them up. Uswa tells Hanan, she doesn’t want to wake up because she’s a late riser, but Hanan clearly tells him how she’ll have to change her habits because its how things go in their house.

So, a start to a new life, lets see what Bakhtwar has in store for Uswa, now that she’s in her house.

tweet
Share on FacebookShare on TwitterShare on PinterestShare on Reddit
Rameeza NasimOctober 29, 2018
the authorRameeza Nasim
Rameeza Nasim, a Paralian, passionate about poetry, drama and fiction. By giving drama critiques I feel like I am endorsing the writer's message to the audiences, I love my job. Being a critic responsibility lies on my shoulders to point out the flaws and shortcomings of the play be it on writer's , performers or director's end . I did my Masters in English Literature and Linguistics .
All posts byRameeza Nasim 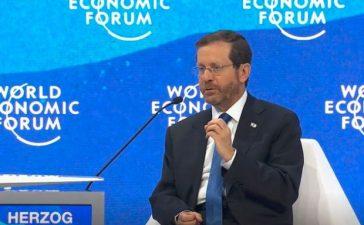