The story continues to get tangled as the show moves forward. 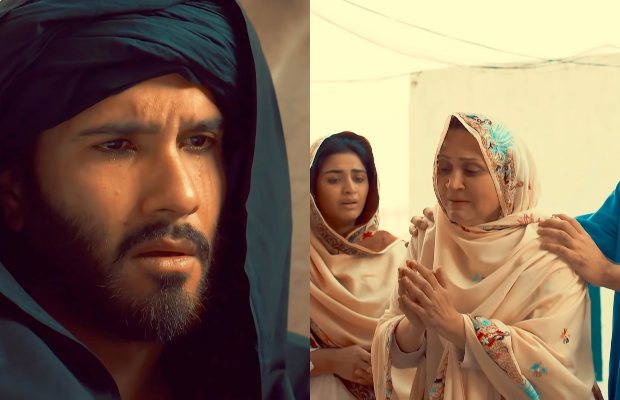 The latest episode of Khuda Aur Mohabbat begins with Sahiba advising Mahi to think about herself instead of other people’s feelings. She wants her to make a decision that’s best for her.

Sikandar tells Mahi to come to a decision without feeling the pressure of family’s honor, relationships, and society’s opinions. He tells her whatever she says will be the final decision.

Farhad’s mother’s mental and physical condition continues to worsen with every passing day. She wants to pay a visit to his grave. The family agrees to take her to Bahawalpur where Farhad is supposedly buried.

Mahi’s mother-in-law literally begs her to say yes to marrying Sikandar. She tells her he will always keep her happy. As Mahi hugs her mother-in-law amidst tears and being at a loss for words, she sees Mahi’s approval and spreads the news.

Farhad embraces his role as the faqeer of the shrine and dons a shroud similar to that of the old faqeers.

Mahi’s mother-in-law starts distributing sweets to the people inside the mansion and is elated.

Just then, Farhad arrives at the mansion when he accepts Mahi’s mother-in-law’s invitation to come and pray for the family’s everlasting happiness. Farhad learns of Mahi’s union with Sikandar and the two break inside as they look at each other’s pain-ridden faces.

Mahi has another breakdown because she can’t deal with the weight and pressure of the families’ expectations that they have of her. She is further broken because all of that happened in front of Farhad.

Nazim Shah identifies Farhad when he sees him at Sikandar’s mansion and asks his men to find out about his whereabouts. He wants to know the reason why Farhad hasn’t returned home during all that time.

Farhad’s family stops at the shrine on their way to the graveyard to make dua for him on their mother’s insistence. The episode ends when he looks at them and they realize it is him after all.

The story continues to get tangled as the show moves forward. The audiences are still unsure of what will happen to these two who are meant to be together but fate clearly has other plans for them. The performances and direction remain first-rate throughout.

To find out what happens next, keep watching KAM on Fridays at 8 pm on Geo TV.