Will they die in the name of honor? Only time will tell. 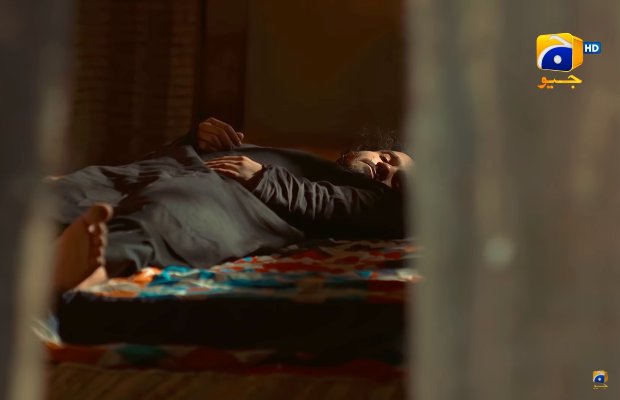 At the start of the episode, Romana comes to see Farhad in the hospital after hearing about his attack. She burst into tears and is unable to see her savior in that condition.

Sikandar’s mother stays by Mahi’s side while she remains sick in bed. She prays to the Lord for Mahi’s health and long life.

Soon, it dawns on Mahi’s mother that they have made a huge mistake and have ruined their daughter’s life with their own hands. That’s when she breaks down while Sikandar’s mother and Sahiba console her.

Once he gains consciousness, Farhad gives his statement to the police in which he says he had asked Dilawar to get a knife for him. During a sudden commotion, someone pushed him towards Dilawar who had the knife in his hands at the time. That’s how he got stabbed. He says it was a total accident. When Dilawar asks why he lied, Farhad says the truth would have led the police to Mahi’s family and he doesn’t want anyone to raise a finger at them.

Farhad insists on leaving the hospital because he wants to see Mahi. Dilawar stops him but when Farhad goes beyond reason, he takes him to the shrine. Once there, Dilawar takes care of him and makes sure he recovers soon.

Sikandar’s mother implores Mahi’s mother to make things right so Mahi can be happy. She says Mahi’s father and brother will never agree to the union to which, Sikandar’s mother says what will they do of their name and reputation if Mahi won’t survive this ordeal.

The episode ends with Farhad asking Dilawar to open the door to his hut. He doesn’t want Mahi to return when she comes to see him after looking at his closed doors.

This was the second last episode of the show and tensions are high. Just like the audience and fans of the show, we are way too excited to see how the show will end and how it will all unfold. Will Mahi and Farhad have a happy ending? Will they die in the name of honor? Only time will tell. Till then, watch this space for more reviews. Khuda Aur Mohabbat airs on Fridays at 8 pm only on Geo TV.