The episode ends with the faqeer telling Farhad that he would have to go to the haveli once again. 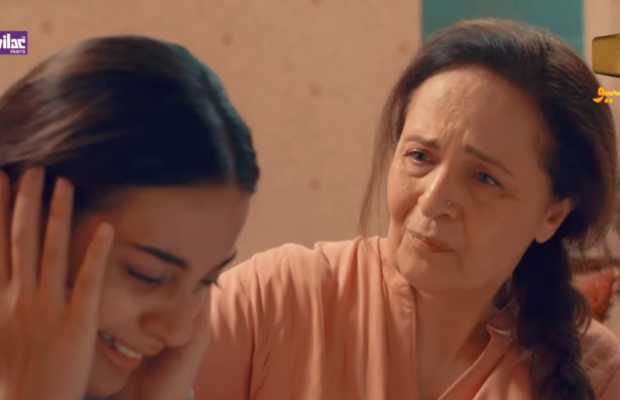 The latest episode of KAM begins with Mahi telling Rida she shouldn’t have said the things she did to Sikandar and wonders what he must think of her. She’s visibly upset and shattered and despite that, she says she has no problems of any kind.

During a conversation, the faqeer of the shrine asks Farhad to supervise arrangements for a group of men who will be visiting the shrine from another country since Farhad has prior experience of making arrangements for events like that. Farhad is shocked to hear the faqeer’s words and wonders how he knows that piece of information about Farhad’s past life.

Sikandar talks to his mother about her cold behavior with Mahi but she doesn’t listen to any of his requests. He then tells her to treat Mahi well till she is living under that roof if she considers Sikandar a part of her family.

Mahi apologizes to Sikandar on Rida’s behalf. Soon after, his mother faints again and the doctor is called immediately. Mahi takes it upon herself to look after her. Sikandar’s mother realizes her mistake and starts warming up to Mahi.

Romana spots Farhad from her window and invites him over to his place while he is running an errand at the faqeer’s behest. He reluctantly agrees to visit her place.

While Farhad is at Romana’s place, Sikandar arrives. She introduces him as her guest. Sikandar tells Farhad he’s now his guest too and he should let Sikandar if he ever wants anything. Farhad tells him to fulfill Romana’s wishes. That should be enough for him.

Farhad learns that the faqeer owns the entire flower market which leaves him surprised. And when asked how long he has known Romana, he says I don’t know her, but for some reason, she knows him.

Sikandar’s mother allows Mahi to run the household and the maids. She starts warming up to her. She even comforts Mahi when she wakes up from a nightmare.

Sikandar returns home from Romana’s place and is positively surprised to see his mother’s changed equation with Mahi. He thanks Mahi for winning over his mother’s heart.

Sikandar’s mother finds out that he has spent the night at Romana’s place after inquiring from his driver.

Fari arrives at Naheed’s mehndi with her mother who immediately starts asking about Farhad which leads to everyone shedding tears including Naheed and her mother.

The episode ends with the faqeer telling Farhad that he would have to go to the haveli once again.

Will Farhad finally meet Mahi? Will Mahi leave Taimoor’s place or will she stop because of another reason? To find out, keep watching KAM on Fridays at 8 PM on Geo Entertainment.