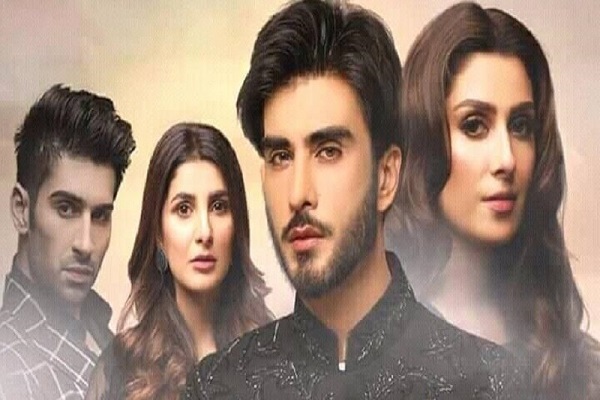 Episode19 brought about hundred more reasons why we ought to hate Nishal and Zain both. The two, as mean and selfish as they are, deserve each other entirely. They not only complement each other’s shallow personality but also, they do not deserve a gem of a person like Rabail to be there for them. And perhaps Zain will realize this very soon.

Koi Chand Rakh offers a fresh new story, unlike the run of the mill dramas we’ve been seeing a lot lately. This story of revenge, deceit and unloyalty is as it is, very simple yet very interesting. Zain and Nishal do not hide what they do, they’re open about their ill intentions. Maha Malik has woven a rather interesting story, with characters that you don’t find hard to believe. Nobody sugar coats anything here, you get life as it is.

This week we saw Zain and Nishal unabashedly living under the same roof and this troubles Rabail, who doesn’t want to be with them. And while Zain’s mother tells him to be careful towards his wife, Rabail, as she’s expecting his child, its Rabail’s family who do not want to interfere in her matters anymore. Its only Umair who cares about Rabail’s life and her happiness but him being young, immature and emotional, he isn’t taken seriously. However, it is Umair who has drilled in Rabail’s mind that she isn’t a doormat and shouldn’t be considered one.

Muneeb Butt as Umair is very impressive and so is Ayeza Khan as Rabail. Both depict two polar opposites of each other, while one is emotional and immature, the other is very calm, collected and sensible.

Areeba Habib is doing a good job as Nishal. Watching her act, one finds hard to believe that it is her first play. Imran Abbas is a pro at what he does and he picks and delivers Zain perfectly. Asma Abbas is impressive but we wish Sabiha Sumar would add a bit more emotion in her dialogues as Nafeesa.

For now, we’re impressed and as usual looking forward to Koi Chand Rakh, next week on ARY Digital.