Geeti and Shams are getting married 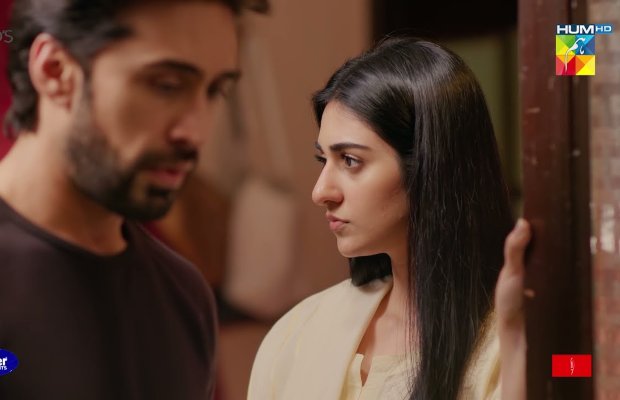 Laapata the HUM TV drama is one of the most interesting serials with stellar performances although the plot is not well knitted. Laapata has become intense with Daniyal’s plotline. In the previous episode, we have seen that Daniyal is after Falak and he is about to attack her but then their househelp saves Falak by hitting him with a frying pan. In this episode Falak escapes from Daniyal’s trap by attacking him and flee off to Karachi.

The maid’s husband is scared that Daniyal is never going to spare him ever if he will get to know that they are involved in hiding his wife at their place. Out of fear, he informs Daniyal, and the scene when he rushes into the maid’s house brings goosebumps. He is attacking the poor maid when Falak hits him with a steel jug at his head, he turns to attack her when she hits him even harder. He collapses at the moment and Falak escapes from the scene and she flees off to Karachi.

Geeti and Shaams are getting married, we have seen that their wedding date is fixed and they have developed a chemistry. Geeti has somehow successful in winning Shaams heart and interest. Shaams has accepted her too. Geeti is busy in her wedding preparations she is busy in her shopping and making her friend do the dance practice for her Mehndi. Shaams trusts Geeti, he shows her his bike and he even writes a ghazal for her on her demand. One wonders that has he forgotten Falak?

However we are wrong as when he lays his eyes again on Falak, his heart starts beating for her. He is the same Shaams who still loves Falak only but it is Falak who is now giving him a cold shoulder. Falak has not shared anything about Daniyal with his family in fact she lies about him telling all that he has gone to London as they will be shifting there. Well Falak’s life is in danger at least she should have shared about this with Shaams, she have to tell someone about Daniyal’s reality.

tweet
Share on FacebookShare on TwitterShare on PinterestShare on Reddit
Rameeza NasimSeptember 24, 2021
the authorRameeza Nasim
Rameeza Nasim, a Paralian, passionate about poetry, drama and fiction. By giving drama critiques I feel like I am endorsing the writer's message to the audiences, I love my job. Being a critic responsibility lies on my shoulders to point out the flaws and shortcomings of the play be it on writer's , performers or director's end . I did my Masters in English Literature and Linguistics .
All posts byRameeza Nasim