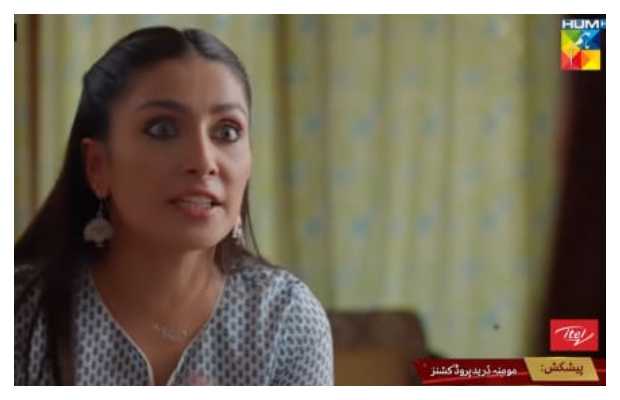 The entertainer drama serial Laapata aired its second episode, the serial gets air twice a week on HUM TV. As the serial is based on gimmickry, the entertainment value is high but it does not take away the serious subject matter drama is trying to address. Our Youth nowadays has gone astray and they have lost the sense of right and wrong, they want everything instant in their life not realizing that there is no shortcut in life. In the previous episode, Falak’s father refuses Shaams but in this episode, Falak and Shaams insist and everyone finally gets agreed on their proposal.

The episode begins with Shaams, he is in a big mess, he has lost a huge bet in gambling and the person who has invested his money on him demanding him to return his money within 48 hours with an additional amount of 5 lakhs so in total Shaams has to arrange 20 lakhs! What is he going to do? His friend for the time being helps him in fleeing off the situation but Shaams knows that he is in a greater mess.

Shaams first tries to call Falak but she is sleeping then he calls his friend. The next day Shaams does not share anything about the last night with Falak and he covers it by saying that he is missing her and worried about their future. Well, Falak seems blind in love. despite his father’s reasoning she and Shaams again insist their parents that they want to marry ending up convincing them for their relationship.

Everyone is happy except Geeti Princess as her dream of marrying Shaams gets broken. Geeti seems to lose her control and she is behaving like a lunatic. She goes at some shady Amil Baba for stopping Falak and Shaams marriage. Shaams and Falak’s scene is full-on, Sarah Khan and Ali Rehman’s chemistry is on spot. Geeti is not just grey but quite a negative character, Falak is her pole opposite. She is positive and all she wants is to make everyone happy.

Falak’s father agreed on one condition that Shaams will start looking for a job and he will help him in getting a decent job. Falak’s result has been announced and she has topped, well one wonders a girl like Falak with such a bright future what she has seen in a good for nothing Shaams? who does not have any positive trait except that he truly loves her. The best part about this serial is that the story is moving quite fast. The episode ends when Falak is trying Shaams number but his phone is going off, one wonders what happened to Shaams?

tweet
Share on FacebookShare on TwitterShare on PinterestShare on Reddit
Rameeza NasimAugust 6, 2021
the authorRameeza Nasim
Rameeza Nasim, a Paralian, passionate about poetry, drama and fiction. By giving drama critiques I feel like I am endorsing the writer's message to the audiences, I love my job. Being a critic responsibility lies on my shoulders to point out the flaws and shortcomings of the play be it on writer's , performers or director's end . I did my Masters in English Literature and Linguistics .
All posts byRameeza Nasim