Geeti recovers her jewellery from the fraud lover 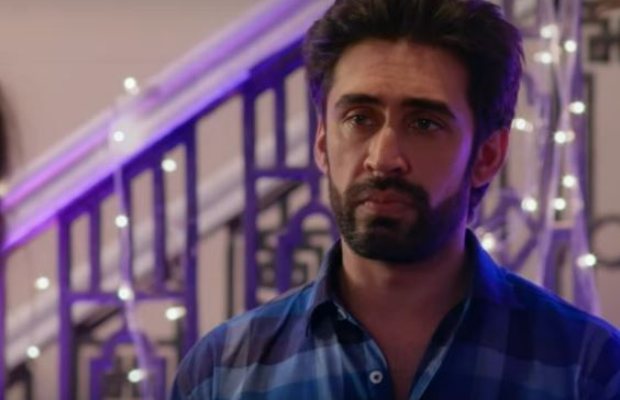 Laapata the drama serial airing on HUM TV has quite an entertainment value. Geeti princess is the eye candy of the play, dolled up for her TikTok videos. It is a treat to watch extremely gorgeous Ayeza Khan in a different avatar paying tribute to Legendary artists. So far we have seen that Falak has said yes to Daniyal and in this episode, Falak marries Daniyal, and right after her wedding Shaams comes back from jail.

Falak says yes to Daniyal, but her approval for his proposal is not making any sense nor it goes well with her character. Initially, she is the one who thinks that he is committing workplace harassment then how come she agrees to marry that person? Well, Falak gets married to Daniyal in a very western sort of wedding setup which is not reflecting Falak’s family and class, it is too expensive and classy a wedding setup.

Geeti Princess is going high for her wedding celebrations and we all are having feelings like that boy seems a fraud. Geeti is naive enough to give him all her mother’s jewellery. Well, it happens what we all had been expecting he runs away taking all money and jewellery of Geeti. Geeti’s best friend comes to know that Geeti is cheating on her by having an affair with the boy she wants to marry.

Daniyal has got some sinister vibes. When that loafer guy is harassing Falak, he secretly shows that guy a pistol attached to his vest. Why he keeps a pistol that is a big question. Later we are seeing that when everyone is busy in the wedding celebrations, Daniyal follows that same loafer and kills him on spot. Daniyal is a murderer! Poor Falak always gets criminal guys Shaams had been into gambling while Daniyal murders anyone so conveniently? There is also a sinister vibe in the way he introduces his wife to his maid and the maid’s expressions were like she is hiding something.

The way Geeti recovers her jewellery seems so far-fetched but it is good that she recovers everything and regains her friendship back. Shaams gets back to his house and everyone gets to know about his gambling habit. He calls Falak and Falak tells him not to call her again saying a very strong dialogue “Tum Jovay may mujhay bhi haar gaye ho” Well she has said that harsh line but her heart still beats for Shaams and she is not happy with Daniyal.

tweet
Share on FacebookShare on TwitterShare on PinterestShare on Reddit
Rameeza NasimSeptember 3, 2021
the authorRameeza Nasim
Rameeza Nasim, a Paralian, passionate about poetry, drama and fiction. By giving drama critiques I feel like I am endorsing the writer's message to the audiences, I love my job. Being a critic responsibility lies on my shoulders to point out the flaws and shortcomings of the play be it on writer's , performers or director's end . I did my Masters in English Literature and Linguistics .
All posts byRameeza Nasim