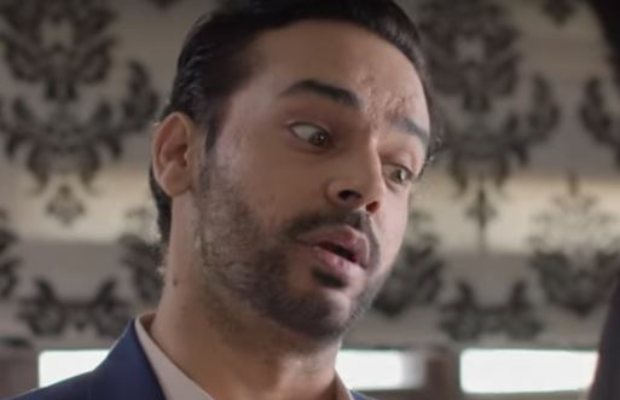 Laapata the drama serial airing on HUM TV is one of the most entertaining serials, the play has turned quite intense with recent Daniyal’s character portrayal. In the previous episodes we have seen that Daniyal kills a person before his wedding day and in these episodes, we get to know that Daniyal has anger management issues and he also has a criminal record!

We have seen that when Daniyal introduces Falak to his maid, her expressions were saying something else. In this episode Daniyal takes Falak to his friends get together and before that we have also been shown that Daniyal visits a psychiatrist and the conversation is suggesting that he has some major anger management issues. We have also seen that he is lying all the time with the doctor.

Well in that friends get together, some girls tell Falak that Daniyal has been married before but Falak does not believe that. The way Falak behaves is so unnatural instead of doubting Daniyal she starts fighting with the girls. Well, not at all doubting her husband is quite unbelievable. Falak still has a picture of her and Shams with her dairy in the cupboard why she has brought that picture with her in this house. Falak’s heart still beats for him and this is a reality.

Geeti princess is daydreaming about her wedding with Shaams. Her best friend gets married to her ex-lover and Geeti is quite jealous about it, she shows her meanness at her wedding too. Geeti insists her mother to talk with  Shaams parents, she does but Shaams tells his parents that he is not ready to accept this proposal. Shaams is working hard at a factory and he is resolute that he will pay off all his father’s debts. Shaams faces opposition at his workplace with Raju a labor union leader who seems that he is going to make Shaams life a hell.

Daniyal is searching for some of his files in his wardrobe when he comes across the dairy and there he sees Shaams and Falak’s picture. Daniyal is getting an anger attack, he is losing his control and the housemaid is getting panicked to see him like that, he is praying that he will not repeat what he did before as she cannot see another dead body. He calls Falak and confronts him, he slaps her hard but the great thing is that Falak slaps him back even harder. She tries to calm down him too by apologizing but then Daniyal coldly replies that he is not God who forgives. Daniyal’s attitude is damn frightening.

tweet
Share on FacebookShare on TwitterShare on PinterestShare on Reddit
Rameeza NasimSeptember 10, 2021
the authorRameeza Nasim
Rameeza Nasim, a Paralian, passionate about poetry, drama and fiction. By giving drama critiques I feel like I am endorsing the writer's message to the audiences, I love my job. Being a critic responsibility lies on my shoulders to point out the flaws and shortcomings of the play be it on writer's , performers or director's end . I did my Masters in English Literature and Linguistics .
All posts byRameeza Nasim