It is finally revealed that Daniyal is a murderer 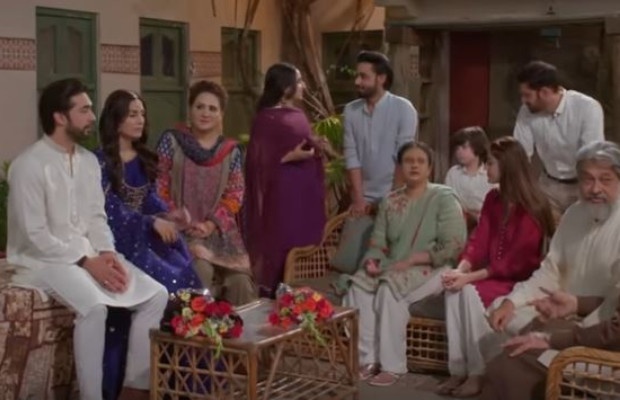 Laapata the drama serial airing twice a week on Hum TV used to be entertaining but now the play has turned very intense. Daniyal’s character portrayal and his background story have added more intrigue value to the play. The last week’s episode stirred quite a controversy for showing, Daniyal slapped Falak on seeing her photo with Shaams on which Falak had slapped him back. In this episode, we have seen that how cold bloodily Daniyal kills his ex-wife and her brother.

Falak is gathering her senses back she is really disturbed by Daniyal’s behavior and then she is also badly missing Shaams. The house help enters her room and tells her that Daniyal has gone out of station for a couple of days then she advises her to go back to Karachi. Falak has sensed that there is something wrong something is there which the house help is hiding from her. She eventually tells Falak about Daniyal’s ex-wife and about him murdering her.

Falak straight away goes to Daniyal’s close friend’s house where she shares all with his wife and they both tell her that it is true, he was married before and his wife gets killed but he has told them another story. Daniyal’s friend’s wife who happens to be an advocate tells her that she did the right thing to slap him back and she offers her help saying that she is there whenever she needs her help.

Shaams eventually says yes to Geeti’s proposal and his parents fix their wedding soon. Geeti gets engaged with Shaams in a very limited gathering attended by their close friend and family members. Well, why Falak’s sister is now asking Shaams right at the venue that is he happy with his engagement? It looks and sounds so inappropriate. She is the one who disclosed  Shaams engagement news with Falak too. It seems that she takes pleasure in seeing them heartbroken.

Daniyal is back and he is again losing his temper when Falak is not talking with him properly then when Falak mentions his ex-wife’s murder he further gets mad, breaks her mobile, and is about to attack her when the help hits a pan at Daniyal’s head and he becomes unconscious. Then we see Daniyal’s background story of how he marries her first wife so that he can take his family’s revenge and also then we see how ruthlessly he murdered his wife and her brother. Well, the episode ends when Daniyal gains consciousness, his madness the way he is saying to be or to be not is so frightening. He decides to kill Falak who is currently hiding at her help’s place.

tweet
Share on FacebookShare on TwitterShare on PinterestShare on Reddit
Rameeza NasimSeptember 17, 2021
the authorRameeza Nasim
Rameeza Nasim, a Paralian, passionate about poetry, drama and fiction. By giving drama critiques I feel like I am endorsing the writer's message to the audiences, I love my job. Being a critic responsibility lies on my shoulders to point out the flaws and shortcomings of the play be it on writer's , performers or director's end . I did my Masters in English Literature and Linguistics .
All posts byRameeza Nasim