Laapata Episode17 &18 Review: Falak is hiding the truth from her family

Shaams heart is still with Falak 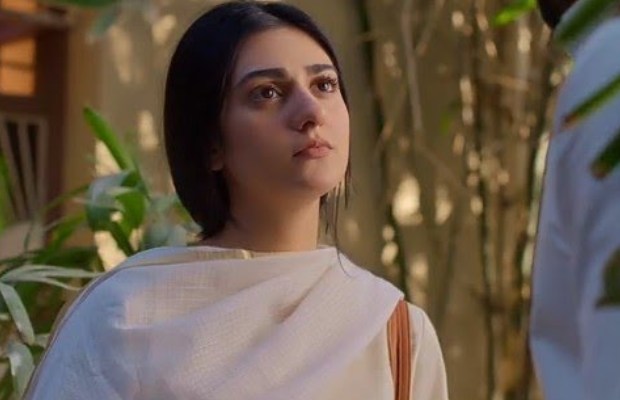 Laapata is one of the most interesting drama serials on HUM TV on airs its double episodes in a week. With brilliant direction and incredible performances, the story is moving fast but in these recent episodes, it seems that story has slowed down a bit. Falak is lying about Daniyal with her family that he is moving to England. In this episode, Falak is still hiding the truth from her family.

Shaams heart still beats for Falak, he has no interest in marrying Geeti. He in fact tells his father that he cannot marry her but his father misunderstands thinking that he might be afraid of taking the responsibilities of a married life. Why cannot Shaams’s father and family not realize the fact that he still loves Falak, why everybody is ignoring the awkwardness between them.

Shaams once again trying to be close with Falak despite Falak’s reluctance and coldness. Geeti too catches him holding Falak’s hand on the rooftop. Geeti’s insecurities are reaching their height she is getting meaner which is again making her such an annoying character. Geeti has realized that Shaams’s heart is not with her. She knows that he has not forgotten Falak at all and this is what disturbs her.

Shaams has tried to confess once again with Falak that he truly loves her and even her husband cannot love her as passionately as him but Falak rudely rejects his advances by telling him that she is never going to leave her husband. Shaams gets jealous and he starts getting close to Geeti and be nice to her to make Falak jealous well he is quite successful in that. It would be great that if Falak would have confided a little with Shaams as he is her friend too and tell him all about Daniyal and what happened with her but she is still hiding the truth from all.

Police has reached to Falak’s house but still Falak is too stupid to hide the truth even from Police too, she only tells her sister the half-truth but she also advises her to side with her old fake story why she is saying that? Shaams has sensed that there is something terribly wrong with Daniyal and Falak is in a trouble and she is hiding something. However Falak is still hiding the truth in such hard situation, now at least she should have taken Shaams into confidence and should tell him the reality.

tweet
Share on FacebookShare on TwitterShare on PinterestShare on Reddit
Rameeza NasimOctober 1, 2021
the authorRameeza Nasim
Rameeza Nasim, a Paralian, passionate about poetry, drama and fiction. By giving drama critiques I feel like I am endorsing the writer's message to the audiences, I love my job. Being a critic responsibility lies on my shoulders to point out the flaws and shortcomings of the play be it on writer's , performers or director's end . I did my Masters in English Literature and Linguistics .
All posts byRameeza Nasim