Geeti is busy in making her wedding plans 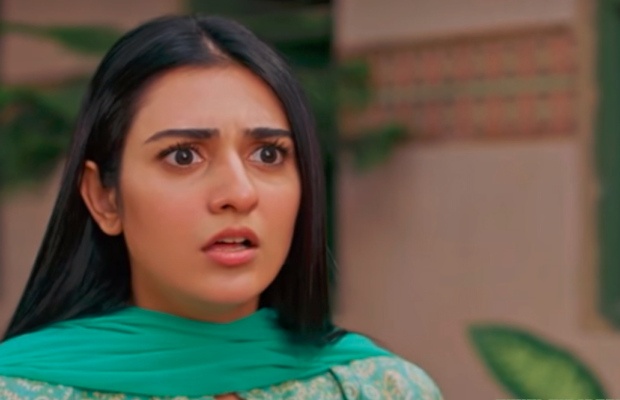 HUM TV drama serial Laapata happens to be strong in the beginning but now it is too much over the place. The dialogues, story, and direction all seem to be quite poor. In the previous episode, we have seen that Shaams is still in Jail and Falak believes that he will come someday. In the latest episode, Falak ends her wait by accepting her boss’s proposal.

Daniyal is continuously wooing Falak despite her cold behavior with him. He looks so respectful that our heart goes out for him. Falak is consistently declining all his offers, she goes to the extent of calling his advances “Workplace Harassment” well which is quite a stretch. Poor Daniyal is being very nice and respectful towards her, it is just that he likes her and wants to marry her.

Shaams is still in jail but he sees a dream repetitively that he is at a deserted place where Falak is waiting for him. Shaams always get restless when he sees that dream. In this episode, we see a ray of hope in this matter that his jail companion has offered his help that he can get his family informed through his friend who comes to visit him.

Daniyal visits Falak’s house and then he proposes to her. Falak’s family asks Shaams family’s consent over the matter. Shaam’s father has no choice but to allow them to marry off Falak where ever they like. Well, here Falak’s character is not making any sense at all. The type of headstrong girl she is shown how can she agree to Daniyal’s proposal so easily? Well even if she agreed then the dialogue she utters in the ending scene is so weird, it something like ” Shaams ko ab wapis nahi ana chahiye kyun kay Mai apne naye Mizaaji Khuda per imaan lay aaee hoon ” This dialogue does not gel well with the character of Falak!

tweet
Share on FacebookShare on TwitterShare on PinterestShare on Reddit
Rameeza NasimAugust 27, 2021
the authorRameeza Nasim
Rameeza Nasim, a Paralian, passionate about poetry, drama and fiction. By giving drama critiques I feel like I am endorsing the writer's message to the audiences, I love my job. Being a critic responsibility lies on my shoulders to point out the flaws and shortcomings of the play be it on writer's , performers or director's end . I did my Masters in English Literature and Linguistics .
All posts byRameeza Nasim