Where will this impulsive decision land Dania? 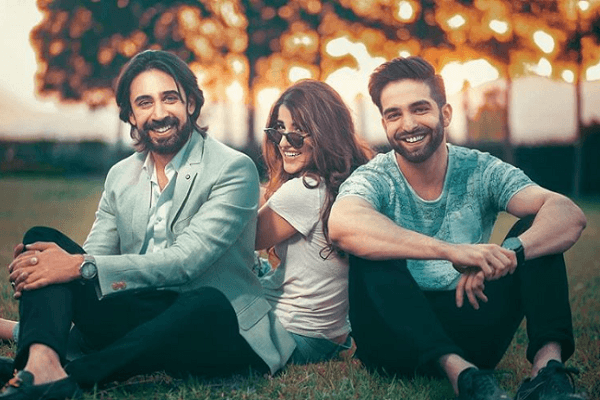 A new family series built around three characters, Zaryaab (Ali Rehman), Dania (Hareem Farooq) and Armaan (Alamdaar Hussain) makes for the most alluring and popular drama on HUM TV “Main Khayal Hoon Kisi Aur Ka”; the young cast is the eye candy of the show and the way they all put in splendid performances, serve as a magnetic pull. The plot, with its twist in a love story in order, is also one of the reasons to watch the episode every week.

The drama is about a girl (Daniya) who’s insanely in love with a guy (Zaryab) and so is the guy, but is forced into marriage with Armaan (Alamdar Hussain) who is Zaryab’s brother. Things get messy when Armaan finds out the bitter truth about his brother and his spouse on the very first night of their marriage.

In episode 5, Daniya finds out that the marriage is still on and Armaan has not signed the divorce deed. Meanwhile, her father in law gifts the couple honeymoon tickets to Dubai so that they can have time for themselves. Although they depart together from the house but decided way before that they would not be going to Dubai. Instead, they will stay at their respective friend’s house.

Daniya upon reaching at her mother’s friend’s house finds out that there’s no one there. Her next stop iw her college where a girl finds her and pretends to be a well wisher but leaves her at call girl’s house. On the other hand, upon investigating Zaryaab gets to know that the couple isn’t present at the hotel where reservations have been made for them.

Ali Rehman has soulfully acted. The role of Daniya played by a never better but always the best Hareem Farooq is a pleasure to watch. The drama is enticing entertainment that will keep viewers guessing and coming back for more every week. With an interesting story, Main Khayal Hoon Kisi Aur Ka keeps getting better and better, making us want more.