Makafat Season 4 takes a unique perspective to what goes around comes around!

Zamana's plot and characters are incredibly realistic, with a thought-provoking message 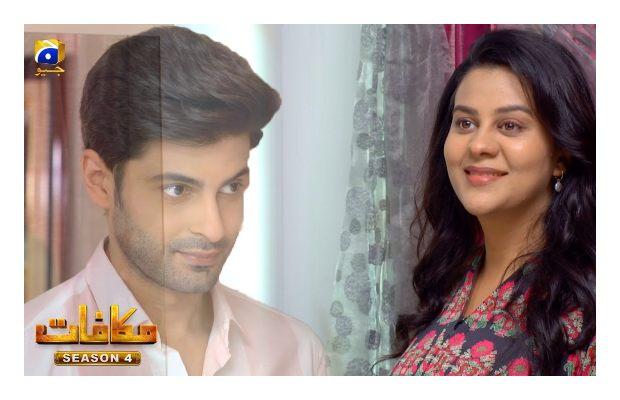 While most love story-themed dramas are similar, GEO TV’s Makafat has something unique to offer, focusing on a positive change by raising the viewers’ consciousness. Makafat is a short series focused on the notion of “what goes around comes around,” with each episode focusing on the consequences of actions, how victims attempt to cope, and how perpetrators face silent retribution.

What’s more fascinating is that it’s produced by Abdullah Kadwani and Asad Qureshi under the banner of the 7th Sky Entertainment production. The stories are written by well-known and talented writers, and every episode we’ve seen so far has provided us with a top-notch, life-changing learning experience from this close-to-reality content.

Zamana’s plot and characters are incredibly realistic, with a thought-provoking message of what goes around come around. The prominent cast of the story is Danial Afzal, Saad Qureshi, and Nida Hussain.

Bismah (Nida) looked incredibly natural, magnetic, and relatable in this character where she mirrors an innocent girl who is engaged with Iqbal (Saad). Born and raised in a family without her father and the consequences of belonging to a lower background, she is always grateful for whatever she is blessed with.

Salman (Danial) portrays the character of an abusive husband who is living with his wife for his material benefits only. Salman has earned his reputation with his talent and passion. His on-screen appearance is very strong and effortless.

Iqbal (Saad) portrays the character of Bisma’s fiancee. Blessed with killer looks and a great persona he is known for his performances in Khuda Aur Mohabbat, Meer Abru, and Pukaar. Saad Qureshi has established himself as a successful actor after a lot of hard work and diligence.

Both Bismah and Iqbal shared great on-screen chemistry and both of them proved their acting prowess exceptionally. Danial Afzal Khan has also done equal justice to his character.

Overall, ‘Makafat’ has captivated our hearts with its optimistic outlook on ordinary stories with soul-searching morals at the end of each episode. Each narrative deals with how the consequences of one’s conduct must be dealt with at some point.

If you haven’t watched it yet, here is a treat for you: