Malaal e Yaar Episode-40 Review: Love is in the air!

Hooriya confesses her love to Balaaj 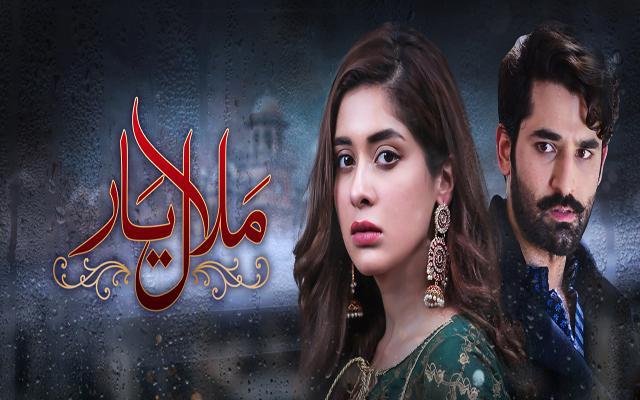 Malaal e Yaar is one of our most favorite Prime Time Watch on HUM TV, despite reaching its 40th episode the drama serial is getting more and more interesting and it has not dragged a bit. The play is very artfully depicting the feudal mindset and their attitude, they think that every other person is their subordinate like Taya Sarkar abducts Faiq just because he wants to talk with him.

The episode begins when love is in the air! Hooriya from head to toe is in love with Balaaj. She shares her feelings with Minhal. She is very happy and super proud of Balaaj. The scene where Hooriya confesses her love to Balaaj is such lit and romantic scene, in fact, the best scene of the episode where Balaaj says that “Churail pari b ban sakti hay”. Balaaj is admitting that he has wronged her and forcing her into this marriage is his biggest mistake but then Hooriya confesses that she used to hate him but now her hate has turned into love. Balaaj asks Hooriya that is this a dream.

Amber is so pathetic that she starts feeding her father’s mind against Hooriya. Taya Sarkar is very furious that Balaaj has stood against him for Hooriya, Amber says that it is not Balaaj’s fault it is Hooriya’s upbringing and for that, she blames her father that he is the one who married off Hooriya with Balaaj. Taya Sarkar is regretting that he has wronged Amber on which Amber takes advantage of the situation and suggests his father that he can compensate it by making her happy and she tells him about Faiq. She is too clever.

Malik Jahanghir is very worried when he gets to know that Minhal’s fiance Faiq is the boy Amber wants to marry. Bibi Jaan tells him not to worry as she will convince Amber that this is not possible and she will understand on which Malik Jahanghir says why her daughter always sacrifices her happiness. Malik Jahanghir in his typical style abducts Faiq just because he wants to talk with him about Amber. This is the feudalistic attitude that they think of every other person as their subordinates. Malik Jahanghir wants to talk with him about her daughter’s marriage but his tone and attitude are like that he is ordering his subordinate.

Taya Sarkar is not talking normally with Balaaj, he is angry with him. Balaaj tries his best to convince him that he is very dear to him and he respects him a lot. Malik Wajahat tells Balaaj that Taya Sarkar’s anger is for the time being, he will be okay he cannot be angry with him for that long and he says that he is sorry that he was not home and he has to stand for Hooriya on which Balaaj says that Hooriya is now his responsibility. Malik Wajahat also feeling proud of Balaaj he says that he is happy to see him taking his responsibilities so seriously and he is indeed the best life partner for Hooriya. Hooriya and Balaaj are now enjoying their life as newly weds.

tweet
Share on FacebookShare on TwitterShare on PinterestShare on Reddit
Rameeza NasimDecember 26, 2019
the authorRameeza Nasim
Rameeza Nasim, a Paralian, passionate about poetry, drama and fiction. By giving drama critiques I feel like I am endorsing the writer's message to the audiences, I love my job. Being a critic responsibility lies on my shoulders to point out the flaws and shortcomings of the play be it on writer's , performers or director's end . I did my Masters in English Literature and Linguistics .
All posts byRameeza Nasim