Amber is successful in her plotting 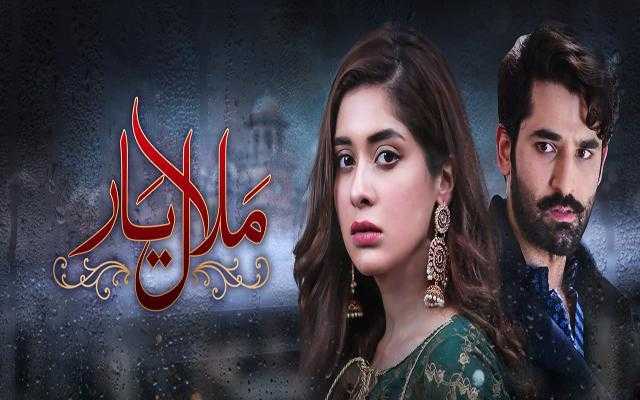 Malaal e Yaar the drama running on HUM TV has reached its 50th Episode, it seems that the story is quite close to its climax. The play has turned very tragic since the previous episode where Amber’s master plan works out and Faiq and Minhal get trapped into what Amber and Danish had set for. Taya Sarkar is extremely furious on Faiq. Daniel Azekah and Zain Baig have come up with their brilliant performances.

Faiq is really upset and ashamed on what he has done. Faiq’s mother snubs him too on his folly that he has embarrassed her in front of all and moreover over he has ruined Minhal’s life and reputation. Taya Sarkar is extremely furious on Faiq, he orders that he is calling off Minhal’s wedding and he is not going to change his decision. Bibi Jaan, Hooriya and Saeeda all are worried that how they are going to break this news to Asifa and Hooriya is fearing that how she is going to tell her sister to change her Mayon dress.

Amber is the only person in the house who is extremely happy to know that his father has called off Faiq and Minhal’s wedding, she calls Danish and shares her excitement with him and it seems that Danish is now feeling guilty on what he has done. Amber is so vile that she is still not sparing Minhal and still trying her best to feed her mind against Faiq. Well, one wonders not for a single moment Minhal has thought that it is Amber who insists her to call Faiq!

Bibi Jaan visits Faiq’s house and tells her mother that Malik Jahangir has called off the wedding and she also shares that how helpless she is feeling at the moment as she cannot do anything for Minhal. Faiq gets furious when he hears about his wedding cancellation, he invades at Malik Jahanghir’s house in a very threatening way and confronts with Taya Sarkar in front of all then he asks Minhal for court marriage which Minhal refuses. This conduct of Faiq has maddened Taya Sarkar so much that he does not want to see him alive.

Faiq’s mother meets Taya Sarkar for an apology and she literally begs Malik Jahangir not to break Minhal and Faiq’s relationship as it will going to ruin Minhal’s reputation and future. Taya Sarkar bluntly tells her not to worry about Minhal as he will marry her off tomorrow on the same date with someone else but of her equal match. Everyone is shocked to hear this and Minhal’s world turns upside down she is not ready to marry a stranger in such a hasty way. Faiq is also not ready to let her marry somewhere else.

tweet
Share on FacebookShare on TwitterShare on PinterestShare on Reddit
Rameeza NasimJanuary 31, 2020
the authorRameeza Nasim
Rameeza Nasim, a Paralian, passionate about poetry, drama and fiction. By giving drama critiques I feel like I am endorsing the writer's message to the audiences, I love my job. Being a critic responsibility lies on my shoulders to point out the flaws and shortcomings of the play be it on writer's , performers or director's end . I did my Masters in English Literature and Linguistics .
All posts byRameeza Nasim