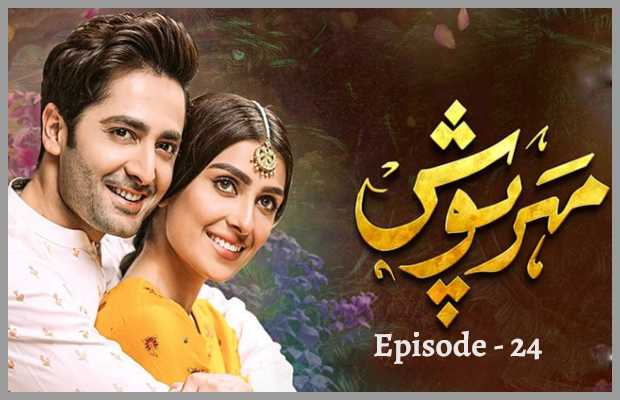 Meher Posh’s episode 24 at GEO Entertainment shows no significant story development. Poor Mehru is sacrificing her love for her selfish sister, who is so void of self-respect that she is not ready to accept the reality. Ayeza Khan and Danish Taimoor’s performances are as usuall brilliant. Sania Saeed’s incredible performance outshines every one’s.

Shah Jahan is trying hard to convince Mehru not to abandon him like that but Mehru has made her heart hard and now she is going to sacrifice her love for her selfish and ungrateful sister. Even her own mother tries to instill some sense in her by saying that she is not a classical novel heroine who is going to sacrifice her love and if she thinks that by doing that she is going to make Ayat happy, she is wrong for how long one can build a relationship based on a lie, she has to face the reality someday.

Ayat is the vilest character of this play. She is so void of self-respect that knowing that Shah Jahan and Mehru love each other, she is still in a state of denial and she is not ready to accept this reality. Nor Ayat is ready to give up on Shah Jahan. She is not even realizing that she is never be able to get the love Shah Jahan has for Mehru.

Naeem has decided that he will wind up his business from Pakistan and he is all set to settle down in America but before that, he wants to save Mehru from that man she is going to marry as that guy has a criminal record and for that he calls Shah Jahan and shares all facts with him. He more ever taunts Shah Jahan for being an ordinary guy who cannot accept Mehru as his wife.

Shah Jahan tells Mehru that she should not marry that guy as he is not good for her but he clearly does not mention her that he has a vast criminal record. Mehru just thinks that Shah Jahan is saying all this because he is jealous. One of the most exaggerated scenes is when the boy asks that if she will take Mehru for dinner before marriage, Shah Jahan simply refuses their offer by saying that in their family girls do not go out with the guy before marriage but Mehru boldly says that she has no issue in front of all just because she wants to make Shah Jahan jealous. 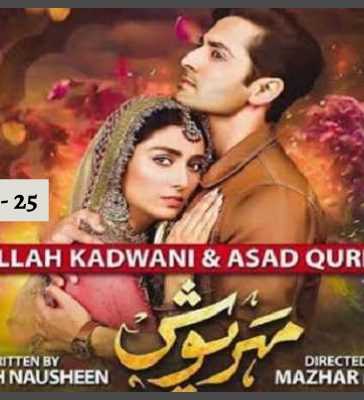