Meher Posh Episode-28 Review: Shah Jahan is not accepting Ayat as his wife 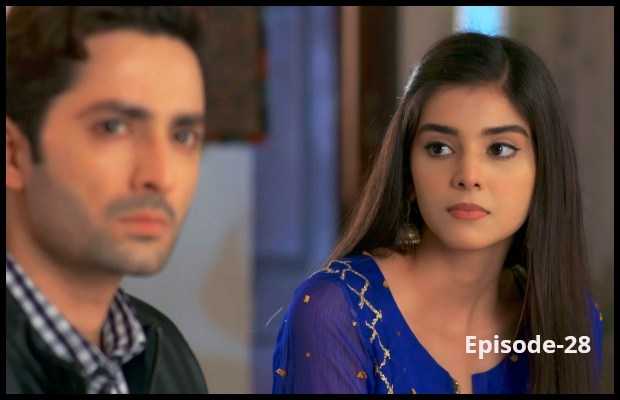 Meher Posh the drama serial running at GEO Entertainment seems to stuck at a point, there is not much story development except that ugly sister rivalry which seems unnecessary and it is not making any sense too. Ayat is so pathetic that instead of facing the reality that Shah Jahan does not love her she denies it and is blaming Mehru for everything. Performances are on spot.

Shah Jahan is very rudely treating Ayat, he is not ready to accept her as his wife. It is so satisfying to see Ayat suffer like that she truly deserves this attitude. Well, Shah Jahan does not even know the reality and ugly face of Aya that how she blackmailed Mehru to marry him, if he does know this he will start hating her even more.

Ayat has realized that it is not she who Shah Jahan loves nor he is happy with this marriage so instead of facing the reality she is continuously denying it and on top of it, to cover all this, she turns more ugly and pathetic, she starts blaming her own sister for Shah Jahan’s rudeness. Not for a single second, she feels remorse or regrets to marry Shah Jahan forcefully and to get in between two lovers. Instead of acknowledging Mehru’s sacrifice and being grateful for that, Ayat snubs Mehru for spoiling her marriage life.

Mehru has realized that Shah Jahan is not treating Ayat well so she calls him to meet her. The meeting is a bit intense where Shah Jahan tells Mehru that he is looking forward to her to give him order. Mehru tells him to treat her sister well and also to accept her as his wife on which Shah Jahan asks her that has Ayat has asked her to do this? Mehru reminds Shah Jahan that their status of relationship has been changed and also that it is forbidden for him to show any inclination towards her now. Will Shah Jahan follow Mehru’s order and will he accept that pathetic Ayat as his wife?

tweet
Share on FacebookShare on TwitterShare on PinterestShare on Reddit
Rameeza NasimOctober 12, 2020
the authorRameeza Nasim
Rameeza Nasim, a Paralian, passionate about poetry, drama and fiction. By giving drama critiques I feel like I am endorsing the writer's message to the audiences, I love my job. Being a critic responsibility lies on my shoulders to point out the flaws and shortcomings of the play be it on writer's , performers or director's end . I did my Masters in English Literature and Linguistics .
All posts byRameeza Nasim