Naeem wants to save Mehru from that engagement 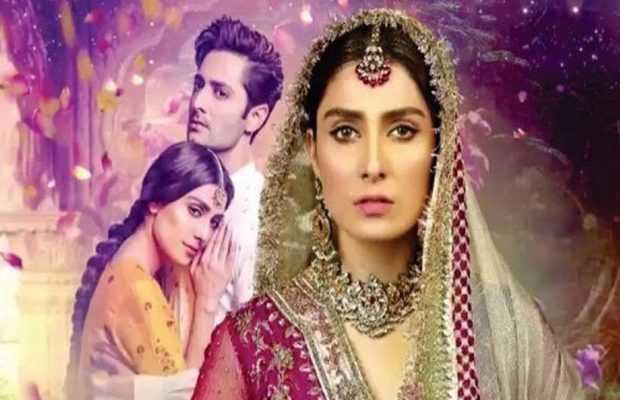 Mehar Posh the drama serial running at GEO Entertainment is 20 episodes down but the story is quite dragged, the only development is the story is that Mehru has also started falling in love with Shah Jahan but both have no idea what Shah Jahan’s mother is planning. She is thinking to make Ayat her daughter in law, this whole track is quite stretched too. Danish Taimoor and Ayeza Khan are looking so beautiful together on screen and their onscreen chemistry is as cracking as their real chemistry.

Well Naeem is feeling remorse on his past conduct and now when he sincerely wants to marry off Mehru to a good person, he investigates the guy whose mother has forcefully put engagement ring at Mehru’s finger. Naeem has got to know that the guy had a great criminal record, he is a smuggler and a very influential person moreover he deals in drugs and women trafficking as well. too. Well, this is quite over the top. It seems so weird that both son and mother fail to convey this to Mehru and mother as they are not ready to listen to them.

Shah Jahan and Mehru are getting close with each other and they both are from head to heal in love with each other. Shah Jahan is buying stuff for Mehru and he is all set to marry her as soon as possible but both have no idea that what his mother is cooking in her head. Shah Jahan is telling Mehru that he will soon marry her. They are hanging together not aware of what is coming on their way.

Well, one thing is not making any sense when Shah Jahan’s mother is telling him that Mehru’s mother has said that she will marry off both of her daughters in a go then why Shah Jahan has no inkling that it might be Mehru as she has been forcefully engaged and he should have the idea that his mother is more inclined towards Ayat and she is very fond of her so she might be talking her to make her his bride? But no Shah Jahan is too naive to understand this plotting.

tweet
Share on FacebookShare on TwitterShare on PinterestShare on Reddit
Rameeza NasimAugust 17, 2020
the authorRameeza Nasim
Rameeza Nasim, a Paralian, passionate about poetry, drama and fiction. By giving drama critiques I feel like I am endorsing the writer's message to the audiences, I love my job. Being a critic responsibility lies on my shoulders to point out the flaws and shortcomings of the play be it on writer's , performers or director's end . I did my Masters in English Literature and Linguistics .
All posts byRameeza Nasim