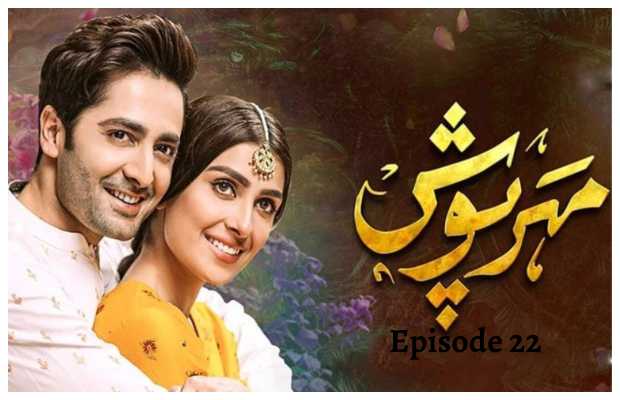 Meher Posh the drama serial running at GEO Entertainment is turning more and more tragic and disturbing.  Ayat has turned into a vile character, she turns out to be meaner than Shah Jahan’s mother. Ayeza Khan’s performance is simply brilliant in this episode.

The episode begins when Mehru’s mother overhears Mehru’s conversation with Shah Jahan on phone. She is becoming suspicious so Mehru has to tell her everything about her and Shah Jahan’s relationship. Well, she is telling her mother that Shah Jahan’s mother has mistaken Ayat for her, it is actually she who Shah Jahan wants to marry not Ayat. Ayat overhears all this conversation and she is getting mad on her sister and mother.

Ayat is another vile character of this play, she is so void of self-respect. She has never experienced Shah Jahan professing his love to her ever, in fact she gets surprised when his mother tells her that he wants to marry her. Now on which basis she is losing her mind. She is yelling at her sister, blaming her for ruining her happiness. This sister rivalry which unfortunately is the theme of every other play looks very ugly.

Ayat’s madness has not stopped here, she tries to pressurize her mother and sister when she sees that her mother is siding with Mehru and she is right that if Shah Jahan does not love her then how can she marry him? Ayat is not realizing that Shah Jahan’s love for Mehru can never be for her? Anyways Ayat is so cunning that she starts creating a drama of attempting suicide to blackmail Mehru, Poor Mehru has no choice but to promise her sister that she will never come in between her sister’s happiness.

Sister rivalry which as Pakistani drama critic I don’t know why is the theme of every other drama serial running at our TV channels has fully started in this episode as well, it is quite disturbing and the makers of the play should realize that it makes the story ugly.

Will Mehru be able to fulfill her promise she has made with her sister? Should she sacrifice her love for her mean and thankless sister?