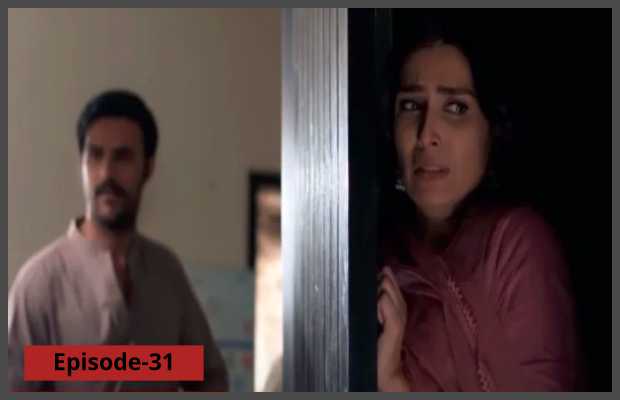 Meher Posh the drama serial airing at GEO Entertainment is getting more and more intense, it seems that Mehru’s trials and troubles are never-ending. In this episode, Mehru met a very unfortunate incident but Shah Jahan saves her timely otherwise God forbid maybe she could have got kidnapped or ganged raped. Performances by the star cast were on point.

The episode begins when Ayat inquires about a gold chain she finds in the drawer from Shah Jahan hoping that it may be for her but her dreams and hopes get shattered when Shah Jahan bluntly tells her that this gold chain is not for her. Ayat gets disturbed on hearing that she is so mad at Shah Jahan but his mother advises her to stay calm and composed.

Ayat follows her mother in law’s  advice and cooks a very delicious dinner for Shah Jahan. She calls him and apologizes to him for her behavior. Shah Jahan gets a call from Mehru’s mother, she is saying that Mehru has not yet arrived home and it has been too late. Shah Jahan tells her not to worry and he goes to her office where he comes to know that she has been gone two hours ago. Shah Jahan tries her friend’s number but she tells him that Mehru is not with her, she is at a wedding and she is on work leave.

Mehru rides a Taxi but she realizes that she is on the wrong route she asks the driver he says that the route is closed so he is taking her from another route. Mehru senses something fishy she tells him to take her back to the building he has picked her but the driver very rudely refuses to do that. Then she hears the driver calling someone on phone and telling them that all should get ready as he is on the way. This scene gives goosebumps, it is so scary.

Mehru jumps out of the car and ran away to save herself. She goes and takes shelter in a nearby clinic from where she calls Shah Jahan. Well, there is another horrific scene, when those men come to that clinic to find her but that good doctor saves her by lying that she has not seen any girl. Shah Jahan eventually comes and saves Mehru. It is such a heart touching scene when doctor snubs Shah Jahan by saying that how can he leave his wife like that alone. Ayeza Khan and Danish Taimoor both have given the best performance in this episode.

tweet
Share on FacebookShare on TwitterShare on PinterestShare on Reddit
Rameeza NasimNovember 2, 2020
the authorRameeza Nasim
Rameeza Nasim, a Paralian, passionate about poetry, drama and fiction. By giving drama critiques I feel like I am endorsing the writer's message to the audiences, I love my job. Being a critic responsibility lies on my shoulders to point out the flaws and shortcomings of the play be it on writer's , performers or director's end . I did my Masters in English Literature and Linguistics .
All posts byRameeza Nasim