Mere Bewafa Episode 19 Review: Mona might just be annoying everyone!

The family is in for a realization! 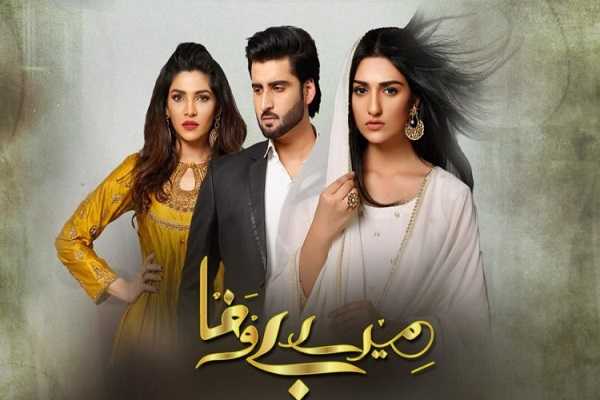 At its best, Mere Bewafa airs every Wednesday at 8p.m on APlus TV and is produced by the renowned Sadia Jabbar. The show creators have come up with a highly likable group of actors who are talented and have finely-honed skills when it comes to deliverance. The cast includes Shagufta Ejaz, Zhalay Sarhadi, Aagha Ali, and Sarah Khan.

The story is about a woman named Azra (Sarah) who loves her husband (Agha) through thick and thin but gets betrayed when her husband weds her best friend Mona (Zhalay). Azra is in utter state of ire, disbelief and is depressed for what has happened whereas Mona gets all the love, support and acceptance from Shahmeer’s family because she’s expecting.

In episode 19, Mona and Shahmeer come back home with their new born. Everyone seems happy till Mona decides to keep her sister in law’s son’s name for her son i.e. Saad.  The rest of the family members grapples to digest this act of Mona and finally realizes that she’s getting on their nerves. On the other hand Azra goes to meet the boy next door in the park. He tells her about his past.

Sarah Khan as Azra who wasn’t open to unexpected turns in the road manages to grab the heart of many by her acting skills. Agha Ali’s presence is to leave us all drooling after seeing him doing justice to the role. And not to forget Shagufta Ejaz’s astounding acting. Zhalay Sarhadi deserves a special mention as Mona. She plays a despicable character and nails it with her acting, something she should be proud of.

Mere Bewafa will keep you hooked and  on the edge of your seat like no other. If you’ve not watched the show yet, you are really missing something big! Tune in on Wednesday of every week only on A Plus TV.