Hala and Hamza's chemistry is the highlight of this review 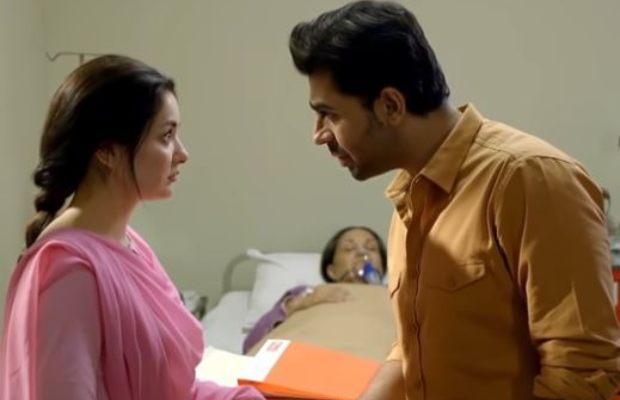 ARY Digital’s Mere Humsafar is turning into an interesting Prime Time Watch as it got all the masala and after all we love fairy-tale themed stories. Performances are on point. In the previous episode we have seen that Hamza proves to be knight in the shinning armor for damsel in distress Hala. In this episode he continues to be her hero and their chemistry is the highlight of this episode.

The opening scene is when Hamza sees his mother kind of torturing Hala however Shahjahan tries her best to cover that but Hamza is kind of suspicious she tells her mom that why she is making her work when she is having temperature? Shah Jahan is really worried how to get rid of Hala as she cannot bear her anymore. Hamza’s favoring her all the time is getting on her nerves.

Dadi is not feeling well, she shares with Hala her anxieties that what will happen with her after her. How these people in the house will treat her in her absence. She says that she worries if they can think of marrying her off to person like Naveed she cannot expect anything good from them. Dadi’s condition gets worse and she is hospitalized. Shah Jahan even does not care to inform his son about his dadi’s condition.

Hala is left alone in the hospital with her Dadi and Raees does not even care to pick up her call when she is in dire need of money to buy injections for her dadi. She after trying numerous times on Raees number calls at the landline which Hamza picks. He is shocked to know that his Dadi is in hospital he goes there and he is there for Hala at the time of need. The way he looks at Hala tells that he is completely smitten.

Hala is having a time of relief when that pathetic guy Khurram sees her with Hamza in the hospital. He is so vile that he has the audacity to confront Hala. when Hala tells him that he has fooled her as he is already engaged to her best friend he misbehaves with her he is not at all someone who deserves Hala. Shahjahan calls Khurram and tells him that he is ready to marry Hala off with her but he refuses by telling her that he has seen her in the hospital having a great time with Hamza. Now who will save poor Hala from Shah Jahan’s wrath? She has already lied to Hala’s father that it is she who has broken the engagement one wonders what kind of father he is who is not even listening to her daughter’s side of story?

tweet
Share on FacebookShare on TwitterShare on PinterestShare on Reddit
Rameeza NasimMarch 5, 2022
the authorRameeza Nasim
Rameeza Nasim, a Paralian, passionate about poetry, drama and fiction. By giving drama critiques I feel like I am endorsing the writer's message to the audiences, I love my job. Being a critic responsibility lies on my shoulders to point out the flaws and shortcomings of the play be it on writer's , performers or director's end . I did my Masters in English Literature and Linguistics .
All posts byRameeza Nasim