Hamza shocks everyone by telling them that he has married Hala 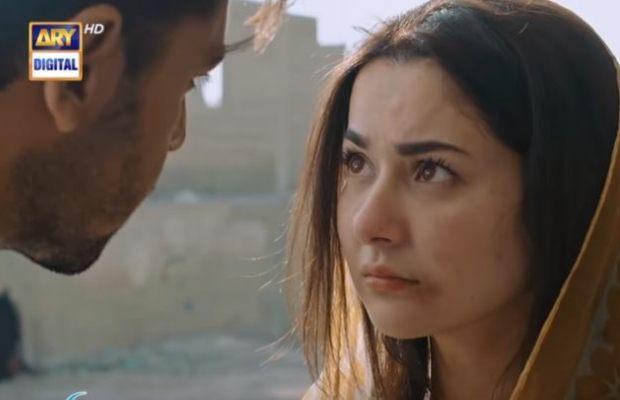 Mere Humsafar the ARY drama serial is the one serial we are really enjoying these days. The audience loves fairy tale kind of stories and this Cinderella theme drama with desi Masala Tarka makes it an engaging watch. In the previous episode, we have seen Hamza taking a solid stand for Hala. In this episode, Hamza goes against his family and performs Nikkah with Hala in a Masjid simply.

Hamza finds Hala sitting helplessly on the street, he brings her back and it maddens Taya and Shahjahan. They are not ready to accept her back. Hamza is shaming his own family for throwing their Izzat out of the house in the middle of the night saying that she might get harmed in the worst possible way. However, Taya and Tayee are resolute that they are not going to accept Hala.

Hamza for the very first time sees the ugliness of his family, he is totally disgusted. He goes against his father who is calling Hala and her father names saying that she might be his brother’s illegitimate child which  is why he has abandoned her. He clearly tells Hamza that Hala has no place in this house. Hamza confronts his father and takes Hala with her astonishing everyone.

The scene where Hamza proposes Hala is so romantic, Farhan Saeed has his charm. The way he convinces Hala to become his wife is so beautiful that is why we love fairy tale romances. So yes Cinderella’s Prince Charming has turned out to be her knight in shining armor but by doing so will Hamza be also to save Hala from the family’s brutality? Hamza shocks everyone by telling them that he has married Hala, everyone is shocked and angry except Dadi she is extremely happy on hearing this news. Shahjahan has lost her sense she starts attacking Hala in front of Hamza.

Hamza takes Hala to his room. Sameen is crying like hell as her dream of marrying Hamza has shattered. Shahjahan is not going slow she is mad at Hamza and asking him to leave Hala. Roomi is so vile that she is enjoying Sameen’s depression and also teasing Hala. Hamza agrees when his Dadi asks her for chuwaray says that he is happy with his nikkah despite all disturbance. Then he enters his room and it seems that he is trying to get close to Hala, Hala’s reluctance is justified. Well, a night has been spent we are wondering what has hamza convinced Hala to consummate their nikkah?

tweet
Share on FacebookShare on TwitterShare on PinterestShare on Reddit
Rameeza NasimMarch 19, 2022
the authorRameeza Nasim
Rameeza Nasim, a Paralian, passionate about poetry, drama and fiction. By giving drama critiques I feel like I am endorsing the writer's message to the audiences, I love my job. Being a critic responsibility lies on my shoulders to point out the flaws and shortcomings of the play be it on writer's , performers or director's end . I did my Masters in English Literature and Linguistics .
All posts byRameeza Nasim