This episode is bit underwhelming 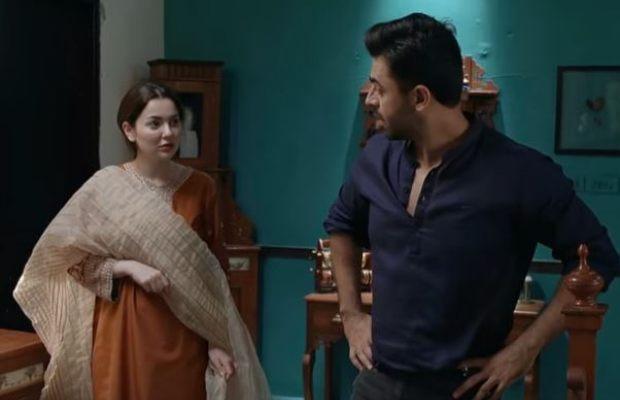 One of the most engaging drama serials at ARY Digital Mere Humsafar is 16 episodes down. Performances are on point but it is the character of the protagonist Hala which is making her a super annoying character with her helplessness. In the previous episode, it is shown that Hala was gradually gaining confidence but in the latest, it seems that she is the same helpless and timid Hala, whereas Hamza is trying hard to make Hala happy.

The opening scene is speaking volumes about Hamza and Hala’s relationship, their marriage is not yet consummated. Hala sleeps on the sofa and it is making Hamza frustrated to some extent. He is trying hard to make her happy but Hala’s complexes are getting in her way she thinks that Hamza is too good for her.

Sameen’s scene with her parents is good. Thank God Sameen’s parents try to put some sanity in her head by reminding her what an outstanding person she used to be so why she is whining and crying like an ordinary girl? Sameen seems like understanding their point but her attitude towards her Khala is cold.

The previous episode has created hopes for us relating to Hala, it seems as if she is gradually gaining some confidence with Hamza’s support but all this gets flushed out in this episode when Hamza’s mother clearly threatens her to burn her alive! What kind of vile woman she is! She clearly warns Hala that she will go to any extent to get her son back from her. And we wonder this is such a big threat why Hala is being silent on that why she is hiding this from Hamza? Why won’t she tell him that his mother has threatened to burn her alive!

The world of drama serials is too small, here coincidentally characters meet each other very frequently like Khurram coincidentally goes to the same restaurant. He is such a toxic character that he is not even feeling guilty over what he has done with Hala and his cousin Shafaq. He is still putting all blame on poor Hala! Khurram lost his mother at the end of the episode one wonders now Khurram will blame Hala for his mother’s death as well. There are not many cute romantic scenes of Hala and Hamza in this episode. This episode is a bit underwhelming. We are worried about what will be Hamza’s reaction when he will get to know about Khurram?

tweet
Share on FacebookShare on TwitterShare on PinterestShare on Reddit
Rameeza NasimApril 16, 2022
the authorRameeza Nasim
Rameeza Nasim, a Paralian, passionate about poetry, drama and fiction. By giving drama critiques I feel like I am endorsing the writer's message to the audiences, I love my job. Being a critic responsibility lies on my shoulders to point out the flaws and shortcomings of the play be it on writer's , performers or director's end . I did my Masters in English Literature and Linguistics .
All posts byRameeza Nasim