Mere Humsafar Episode-17 Review: Hala thinks Hamza is too good for her 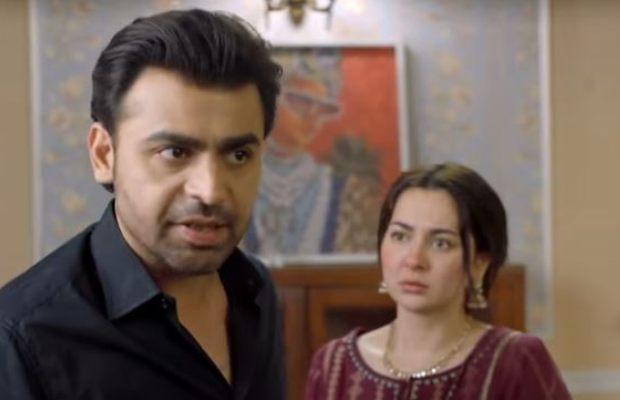 Mere Humsafar the ARY Digital drama serial is one of the most popular drama serials in the running with a mellow romance theme and all the required masala. Performances are on point. In the previous episode, we have seen Hala being emotionally abused by Shahjahan. In this episode, Hala continues to be a victim of abuse and violence but this time Hamza stands like a rock for her.

The episode begins with Dadi telling Hala for her Kheer bunaee rasm. Hala opens up with her Dadi telling her that she thinks Hamza is too good for her and that she does not think that she deserves to be his wife. He is so well educated that he deserves a brilliant girl like Sameen. Hamza overhears all this conversation. Hala is feeling that she has nothing in common with Hamza.

Sameen on the way to her University finds that van driver crossing her way and taking advantage of her lone situation he tries to harass her but Sameen somehow manages to dodge him and flee the situation. Sameen thinks that she is into this huge mess because of Hala when poor Hala has no idea why she is blaming her. Sameen turns violent and she starts throwing stuff in Hala’s room. Later she tries to hit her when Hamza intervenes.

Hamza comes in between Sameen and Hala and he clearly warns everyone that Hala is his wife and he is never going to let anyone disrespect his wife or harm her in any way. Hamza’s taking a stand for Hala looks so satisfying but one wonders why can’t Hala take a stand for her own self? She thinks that she does not deserve Hamza and she says that she does not even know how to speak English well the irony is that she is a British National. Anyway, we are loving those mellow romantic cute scenes of Hala and Hamza.

Hamza assures Hala that in fact, she is too good for him, he praises her for her beauty even though Hala starts liking Hamza and she is worried to lose him. Khurram is one absolute mean character in the way he tries to cash his mother’s death to gain her khala’s sympathies. He even tries to get back his fiance the one he is cheating on makes him the most annoying character. The world in our dramas is too small, Hamza and Hala are out in a car for an outing, and Khurram’s way crosses with Hala and Hamza. Hala is worrying that Khurram might not create any problem for her as she does not want to lose Hamza. Khurram becomes Sameen Knight in the shining armor as he saves her from getting abducted by the van driver risking his own life. Well, this is indeed the first good thing Khurram has ever done. The way Khurram is looking at Sameen says that he is smitten. Anyways we are rooting for Hamza and Hala!

tweet
Share on FacebookShare on TwitterShare on PinterestShare on Reddit
Rameeza NasimApril 25, 2022
the authorRameeza Nasim
Rameeza Nasim, a Paralian, passionate about poetry, drama and fiction. By giving drama critiques I feel like I am endorsing the writer's message to the audiences, I love my job. Being a critic responsibility lies on my shoulders to point out the flaws and shortcomings of the play be it on writer's , performers or director's end . I did my Masters in English Literature and Linguistics .
All posts byRameeza Nasim