Hala is ill treated by her Taya and Tayee 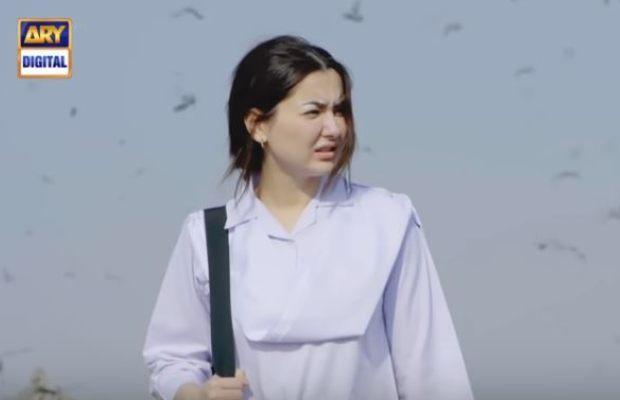 ARY Digital’s newly started drama serial Mere Humsafar is a loud family drama. Having Hania Aamir and Farhan Saeed in the leading cast, are for the very first time coming as an onscreen couple. In the previous episode we have seen the backstory of Hala and about her broken family. In this episode our heart goes out for the poor Hala who is so badly treated by her Tayee.

Nafees has given his mother gold earrings and bangles and not just that he has also opened an account where he will going to deposit her pocket money and he has also talked with Raees that he will regularly going to send him money for Hala. Raees and mother has agreed to keep Hala. Raees tries to shut her wife’s mouth by giving her money and gifts.

Hala is not ready to live here in Pakistan, she do not want to leave her dad but her dad has his limitations his new wife is not ready to accept Hala and he has to leave her with her Dadi. It is seen from the day one that Chachies are not treating her well, poor Hala is given jam and bread all the time.

Hala is so innocent and simple that as a child she used to tell her Dadi what her chachi and Tayee are saying about her and this created loud arguments in the house. In one of such arguments Raees slaps hard on Shahjahan’s face because Hala told him what she has said about her mother. Shahjahan has made her mind that she will never going to forgive Hala that is why she always ill treated her. Shahjahan is so mean that she deliberately teaches her wrong things in the test preparation so as a result she gets fails and they admitted her in a small school.

Then there is a time lapse shown, years have not mentioned but Hala is now a college going girl and it is shown that poor girl is walking back to house on foot as she has used her bus fare in buying a sugarcane juice for herself. It means that she has not given a van facility too despite her father sending money regularly Raees is not treated her like his other kids. Our heart goes out for poor Hala, she turns out to be a timid girl. Hania Amir has brilliantly performed and the child star casting of Hala is very well done.

tweet
Share on FacebookShare on TwitterShare on PinterestShare on Reddit
Rameeza NasimJanuary 7, 2022
the authorRameeza Nasim
Rameeza Nasim, a Paralian, passionate about poetry, drama and fiction. By giving drama critiques I feel like I am endorsing the writer's message to the audiences, I love my job. Being a critic responsibility lies on my shoulders to point out the flaws and shortcomings of the play be it on writer's , performers or director's end . I did my Masters in English Literature and Linguistics .
All posts byRameeza Nasim