Shahjahan posing to be nice with Hala and Hamza 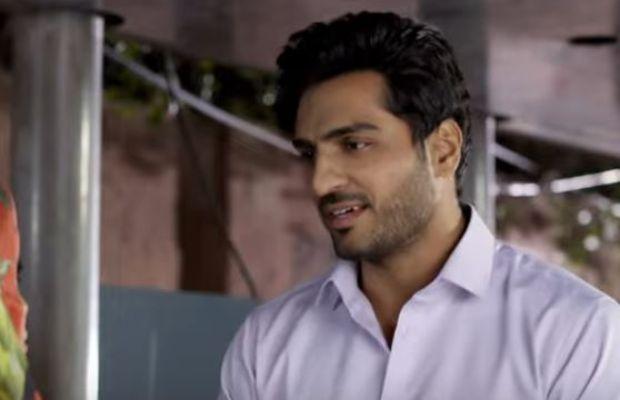 ARY Digital’s drama serial Mere Humsafar is a massively popular serial and the main reason behind its success is Hania Amir and Farhan Saeed’s sizzling onscreen chemistry. In the previous episode, we have seen that Hala and Hamza take their relationship to the next level by going on a very short honeymoon trip. In this episode unfortunately Khurram coincidentally finds Hala’s place and now he is after her, wanting to ruin her happy life.

It is so good to see Hamza taking the required stand for Hala in front of his mother. Shahjahan has lost her place in the house after spoiling Sameen’s proposal chance. Even when Hamza gets to know about that matter he also starts detesting her mother’s conduct. For the very first time, Raees suggests Shahjahan should see a psychiatrist. I guess most of the resident of that house including Raees needs to get professional help.

Shahjahan when realizes that she is losing her place in front of her son, and tries another tactic. Shahjahan is posing to be very nice to Hala. Hala is over the moon to see Tayee being really nice with her. One wonders why she is so concerned about her, she is always been so mean to her now a smile and a few kind words have melted the innocent Hala.

Hala and Hamza’s scenes are really enjoyable and this is the main reason we bear this serial’s toxicity. Well this episode, in particular, seems a little underwhelming when it comes to Hala and Hamza’s romance scenes. Although Hala is having the happiest days of her life. She has what a girl can ask for, a very loving and caring husband. Well, we know that this happiness of Hala is timely as Khurram is back on the scene.

Omar Shehzaad’s choice of characters is really a hurdle in his way to becoming a star. His acting skills are good and he carries a negative role so well that we cannot stop ourselves from hating Khurram. Khurram is another toxic character of this play, he is the one who is cheating on Hala and yet he is blaming poor Hala for it. He gets envious to see Hala with Hamza and he has made up his mind to ruin her happy life and for that he wants to take Sameen’s help. Sameen already hates Hala so she will gladly help him out.

Will Hamza buy what Khurram and Sameen will be going to cook for him or will his love for Hala is unconditional and will remain pure? We certainly don’t want to see Khurram ruining Hala and Hamza’s relationship.

tweet
Share on FacebookShare on TwitterShare on PinterestShare on Reddit
Rameeza NasimMay 21, 2022
the authorRameeza Nasim
Rameeza Nasim, a Paralian, passionate about poetry, drama and fiction. By giving drama critiques I feel like I am endorsing the writer's message to the audiences, I love my job. Being a critic responsibility lies on my shoulders to point out the flaws and shortcomings of the play be it on writer's , performers or director's end . I did my Masters in English Literature and Linguistics .
All posts byRameeza Nasim